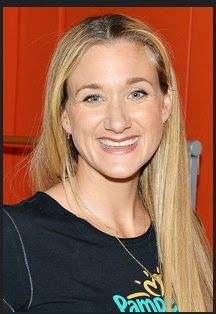 A mom of three under the age of five, three-times Olympic Gold Medalist, an AVP Tour Professional Volleyball Player, and still training for the Summer Olympic Rio de Janerio Games...and planning to bring the whole family along,  Kerri Walsh-Jennings is a real-life Wonder Woman.

This is why this scribe consider this interview a rare opportunity for this Wonder Woman to take a breather and chat her family and Tour de Pier, a spinning cycling fundraiser for cancer research on May 18th at the Manhattan Beach Pier in Manhattan Beach, California where the majority of volleyball players live and train.

Life After the Olympics,...

“Life has been crazy after the Olympics.  We have a new addition to the family.  A baby girl who just turned one last week.  Our boys are almost four and almost five.  My husband and I are chasing our dreams.  We want to win a Gold Medal at Rio de Janerio 2016 Summer Games.  We have the AVP Tour coming up.  We’re also supporting amazing things such as the Tour de Pier which why we’re here today.”

Bringing her daughter to the Tour de Pier,...

"I hope to bring all my kids.  We’re coming.”  I believe on May 18th, it’s here on Manhattan Pier.  It’s a family event.  They’re gonna have a place for the kids to hang out, to be fit and to have fun.  There’s gonna be an health expo where you learn health and nutrition.  We’re gonna have a hundreds of riders riding in unison, all for a common cause. “

On why she's participating in the cancer fundraiser, Tour de Pier,...

“Fanastic fundraising event for cancer, research to fight back cancer.  I’m really excited to be here. “

“Cancer affected so many of us.  This is why this event is so important.  We fight silent battles with it.  There is so much love and support, here, in Manhattan Beach.  A beautiful family community.  We’re really big on health and fitness and community here in Manhattan Beach.  It’s such a great event.  It brings all the beautiful aspects of life together, against cancer which is beautiful.  It’s gonna be a fun event.”

“If you to tourdepier.com, you’ll find out what it’s all about.  The level of enthusiasm, it’s a really special day.”

Considering she's juggling four different things all at once and she's bringing the family to the Rio de Janerio Olympics in 2016, Kerri Walsh-Jennings said "Life is blessed."

Since her plate is full, Kerri immediately split to train and to be with her family.

Soon after, media was lucky enough to settle down to the four-course, limited edition Tour de Pier Lunch at The Strand House, packed full of antioxidants and vitamin to battle cancer cells.

Mind you, this limited-edition, cancer-tackling menu is only good, starting tomorrow at May First until the 18th, the day of the spin cycle Tour de Pier fundraiser.

The Strand House's Executive Chef Greg Hozinsky has researched and collected various vitamins and antioxidants to assemble this satisfying yet healthy meal to boost and revitalize the body to tackle cancer cells or/and refuel the body after spinning for charity.

The first meal to arrive to kick off the four-course lunch was the Hamachi Crudo where the red alaea sea salt containing healthy minerals, electrolytes, and digesetible dietary iron.  The avocado is one of the great cancer fighting foods, rich in nutrients, antioxidants, vitamins, minerals, fiber, and monounsaturated healthy fats, high in lutein.  It's proven to lower breast cancer.

More salads arrived, you get the drift...

The Asparagus Raw Salad, a good source of fiber, folate, Vitamins A, C, E, and K, rich source of glutathione that detoxify and break down carcinogens and free radicals.

The finale de resistance was the Citrus Ahi Tuna Salad, a salad meant for people who don't like salads in general but it's meaty and packed full of protein for carnivores or seafood-lovers.  The Ahi Tuna is densed with B Vitamins to maintain immune system, appetite, metabolism, healthy skin, neurological function, genetic material, and red blood cells.

Boy, that was a fulfilling day in Manhattan Beach, California!

Posted by thearriviste at 7:31 AM No comments:

What was the most dominant fashion brand at this recent, past Coachella? 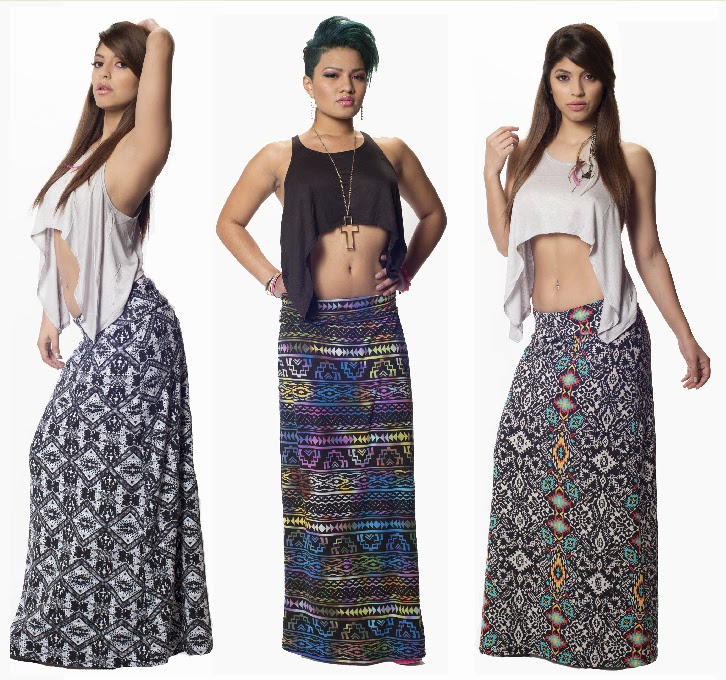 Tribal Twist works well for Bonnaroo's muggy, buggy swamp later on in the season, http://www.shopbeautifuladdiction.com/
Posted by thearriviste at 12:05 PM No comments: 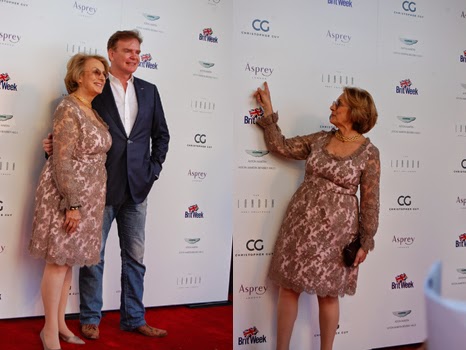 Ms. Campbell was over-come with love and admiration, joking, if they're not careful, she might relocated to Los Angeles permanently. 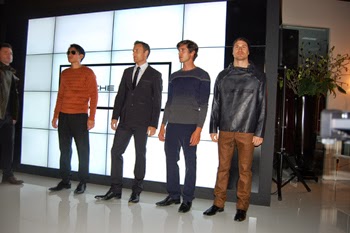 It's also the Fiftieth Anniversary of the Beatles landing in America when a singer popped up and sang classic Beatle tunes.

It ain't the Design Icon Awards unless there is fashion.  As the finale, a parade of male models strut around, showcasing the latest in Porsche Design menswear.

Expect more Britweek celebrations coming soon.
Posted by thearriviste at 8:11 AM No comments:

People who really know this scribe, knows this scribe is a "culture vulture."

When this scribe had this rare chance to watch and review this rare constellating of both British and American stars converging together to show their love for the "Bard of Avon," William Shakespeare, this feeds this scribe's famished arts and culture vein.

It's one thing to cover an arts festival.  It is another to witness first-hand the acting prowess from the likes of Malcolm McDowell, Harry Hamlin, Ashley Bell, Michele Greene, Joan Van Ark, and Jane Seymour.  Not only did this hit this scribe why these creme de la creme of acting act in the first place but the power, the influence, and how Shakespeare resonant across centuries, cultures and languages, such as Klingon, outlasting his contemporaries in the dust. 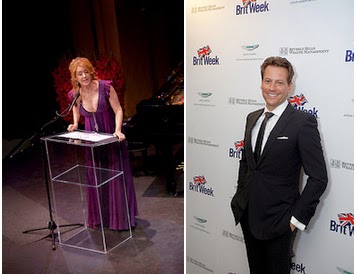 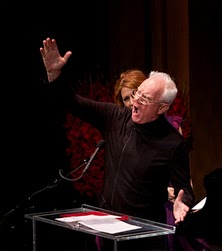 Where the lucky audience witnessed the wide-range of actors, from the ingenues of Ashely Bell and Sophie Winkleman reciting lines from the high school standard of "Romeo & Juliet" to established legends such as Malcolm McDowell bellowing Act V, Scene 1 from "The Tempest." 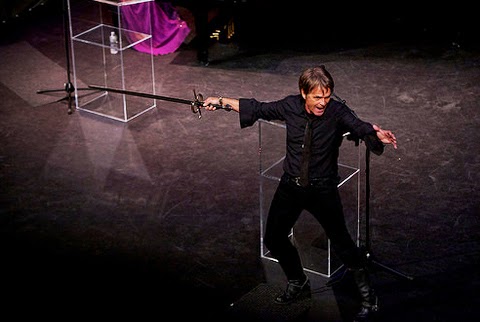 To have British actors reciting Shakespeare that is to be expected, but to witness American actor and current "Mad Men" Jim Cutler a.k.a. Harry Hamlin fully acting out Act IV, Scene 3 from "Henry V," pulling up his trouser legs then swinging out a real saber, this thespian really busted his Hollywood Hunk image, much to everyone's delight. 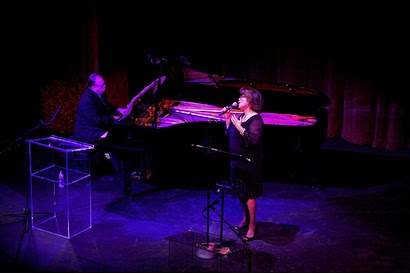 Even Shakespeare transcend genre and time and space when folks where treated to Jazz Chanteuse, Sherry Williams singing "All the World's Stage;" "Shall I Compare Thee to A Summer's Day;" and "Where the Bee Sucks, There Suck I," stanzas from The Bard's poems that were composed as Jazz songs in the late Fifties, by John Dankworth and Cleo Laine Shakespeare Songbook.  Sherry and pianist, John Rodby dug this gems just for this one night only.  Who knew? 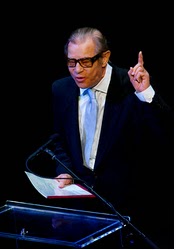 Michael York provided the epilogue, "Our Revels Now are Ended," by tying up the production by reciting Sonnet 116. 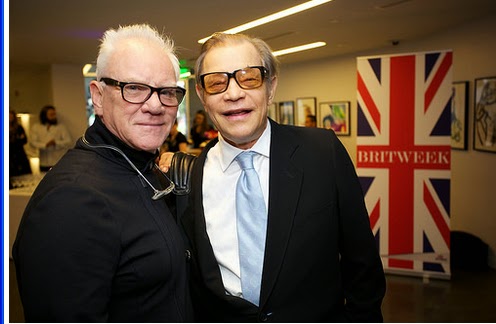 Malcolm McDowell and Michael York getting together like dear old friends.

The real event was the after-party where guests, celebrities and non-celebrities happily mingled and politely lined up for mini-bowls of Shepard's Pie, finger sandwiches, and mini-tarts.  You watch the party and food in action in this Tastemade video, https://www.tastemade.com/@thearriviste/QxBv1CheRRe2IRFLR2W4jA

Cheerio and onto the the next party.

Posted by thearriviste at 6:32 AM No comments: 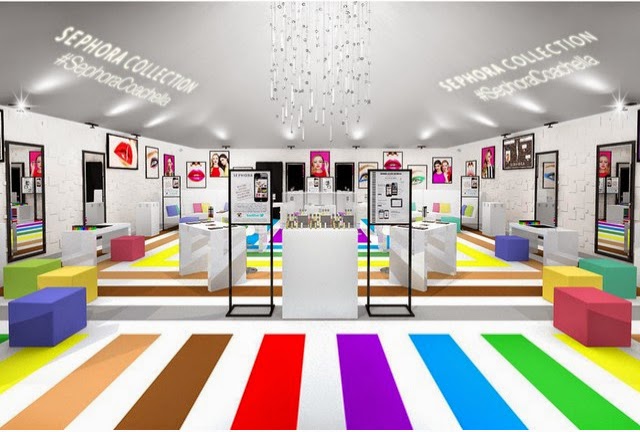 How do Coachella's run-a-clock performers keep their cool while everyone is sweating it out in the sun?

SEPHORA COLLECTION BEAUTY STUDIO's massive, "store within a tent," prep and prompt performers for before they hit the stage then give them much-needed touch-ups through-out the day and night to keep their appearances up.

Sephora's 40’ by 40’ tent is not snotty.  It's roomy enough to encourage the concert-going public to saunter in and shield themselves from the desert sun and cool off and recharge their phones before the concert while playing and fixing themselves up.

Once inside, guests are encouraged to explore the nine dedicated beauty stations staffed by SEPHORA PRO and SEPHORA COLLECTION artists, recharge their mobile devices and refresh themselves between performances. To capture the fun, the SEPHORA COLLECTION BEAUTY STUDIO will be offering a digital photo booth, sponsored by SEPHORA’s exciting new social shopping platform, Beauty Board, and three live LED screens displaying all social sharing.

All visitors to the SEPHORA COLLECTION BEAUTY STUDIO will receive a complimentary hair tie and digital offer to redeem at the Sephora Palm Desert, or online at www.Sephora.com, while VIB and VIB Rouge members of SEPHORA’s Beauty Insider loyalty program receive fast track access to the tent and services.

Posted by thearriviste at 2:35 PM No comments:

The Best of British Luxury, A CliffsNotes of this Upcoming Britweek 2014. Cheers! 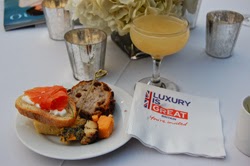 Tonight is the Red Carpet Launch party for Britweek, http://www.britweek.org/

It's Brits-Done-Good's idea of Thanksgiving.  It's a two-weeks celebration where British talents give gratitude to all the opportunities that the United States of America gave them to excel in their chosen field, mostly actors, musicians, directors, producers, and photographers.
What started out as "Only in LA," get-together, has now grown as slow but steady phenomena, spreading to Miami, San Francisco, and Orange County.  Basically any locale that has a colony of Brits where it's warm and sunny, these sun-kissed Brits give thanks.  Come on, New York and Charleston, South Carolina get y'all's  game on!

Way ahead of the game, in conjunction with Angeleno Magazine and VisitBritain, The Best of Britain not only highlight the tradition of quality in British products but also what's innovative in Britain brands, such as Illamasqua.  The British answer to MAC.

It was fortuitous timing that "The Best of Britain" served a scrumptious and decadent British Afternoon Tea for supper, if you're British or dinner, if you're an American.

Regardless, this portion-controlled supper, of timble-sized asparagus wrapped in beef and a lump of lobster topped on lobster mousse dolloped on disk of toast, in-between sips of Glenfiddich Whiskey and pear nectar cocktail on Wedgwood's trendiest and trippiest porcelain befitted Alice in Wonderland, the Hare, and the Mad Hatter.

To keep the guests from getting drunk as Mad Hatters, the servers politely and constantly poured tea into the psychedelic, floral Wedgwood tea cups.  The ones who know what they're doing (this scribe) stirred cream and spoon sugar for a proper cup of tea, endless rounds of it. 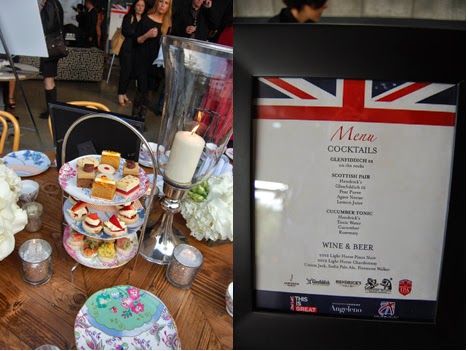 Guests also got the chance to nibble on rare and exotic (yes, you heard this scribe right) cheddar cheese that are uniquely "Only in Britain," blue-veined cheddar, and ash-coated cheddar.  The British Isles' answer to those fancy French fromage. 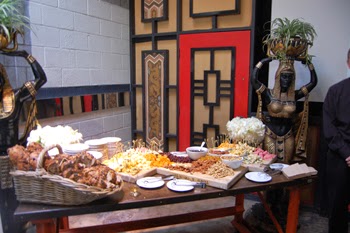 Of course, Glenfiddich Whiskey tasting was the first spot to hit, mean sip.

Kilt-wearing master instructor was impressed when this scribe washed down the younger, clearer whiskey then decorously sipped the older, darker whiskey. 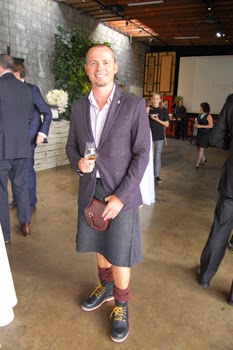 They moved onto dabbing, rubbing, and sniffing fragrances and colognes from Royal Warrant-holder, Floris London perfumery.  As always, this scribe mixed and spritzed Cherry Blossoms with Lime, a refined olfactory version of Starburst candy chews. 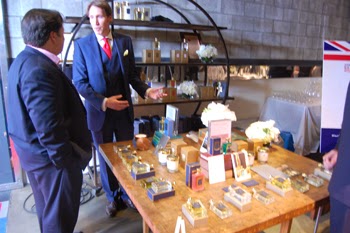 Call to mind, Britweek and it's condensed version, "The Best of Britain," spotlights what's new of the best in British products and brands.

The subversive Illamasqua did edgy makeovers and manicures with Bloomsbury and World War II overtones that goes deeper and beyond the punk rock cliche.

Mind you, "The Best of Britain" is a condensed version of what is best and new from Britain, all in one night.  Imagine what two-weeks of Britweek will be like!
Posted by thearriviste at 12:36 PM No comments: