Yep, it's true, sadly true.  In the great anticipation leading up to last Thursday's press conference, it was when Sharon and Ozzy Osbourne, with Black Sabbath, graciously passed on the torch onto Slipknot's Corey Taylor and Zakk Wylde, of Zakk Sabbath, the heavy metal/hard rock festival, Ozzfest into Knotfest, leaving the festival into Corey Taylor's and Slipknot's hands. 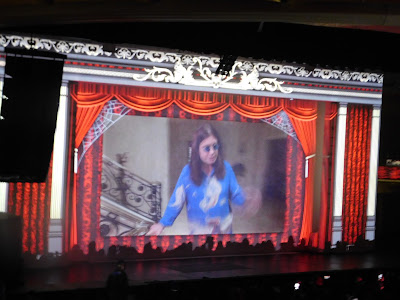 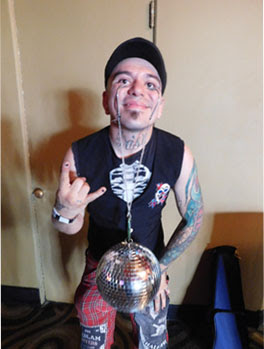 While watching that rare documentary, the die-hard Oz fans (as they proudly call themselves, "Oz Freaks"), were entertained by a cordial troupe of a juggler and a pair of stunt performers.  MIND YOU, NEVER DO THESE YOURSELF!  They may be "sideshow freaks" but take it from this well-exposed scribe, these are trained stunt performers who had done this for years.  Don't get cocky! 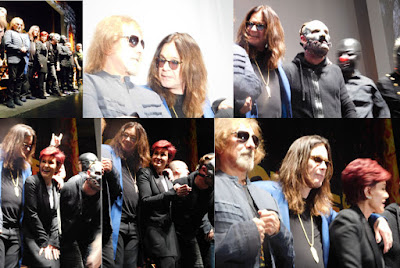 The crowds cheers madly when the dignified Anthony Frank "Tony" Iommi, the legendary Ozzy Osbourne, the formidable and respectful Sharon Osbourne, lead an unified front followed by Slipknot's Corey Taylor and Clown (who also paid homage to Tony, Ozzy, and Sharon), the affable Ian Scott of Anthrax, former Black Sabbath guitarist and Black Label Society's Zakk Wylde, and the up & coming Huntress, and the rest of the upcoming Knotfest band line-up.

OZZFEST MEETS KNOTFEST...the ultimate meeting of metal minds...a double-header music and lifestyle weekend like no other on the planet.
This merger of two of the most well-known and established brands in rock--OZZFEST, celebrating its 20th anniversary, and KNOTFEST, which debuted in 2012--is set for Saturday, September 24 (OZZFEST) and Sunday, September 25 (KNOTFEST) at San Manuel Amphitheater and Festival Grounds in San Bernardino, CA. Tickets for the Live Nation-produced OZZFEST MEETS KNOTFEST--a multi-stage, two-day weekend camping event with more than 40 acts--go on sale Friday, May 20 at 10:00 AM (PT) at OZZFEST.COM and KNOTFEST.COM.  All the details and line-ups (below) were revealed at a major press conference today (Thursday, May 12) at the Palladium in Hollywood, CA.

This was more than next-generation rockers paying their respect to "The Oz."  This was a sad announcement of Black Sabbath doing their final American tour and their retirement.  They also used this historical moment in time to pass the torch to Slipknot and let them handle the selection of band line-up when they take over the festival for the next generation of metal heads.

"We are here to create havoc and history," says Ozzy Osbourne. "Let the madness begin..."

"We want it to be the loudest, biggest, dirtiest festival in California. We couldn't be happier," says Sharon Osbourne.

Saturday's OZZFEST will be headlined by Black Sabbath--marking their last Southern California performance as part of the band's final tour--and Sunday's KNOTFEST bill is topped by the festival's namesake, Slipknot. On hand at the press conference were OZZFEST founder Ozzy Osbourne and Slipknot's Corey Taylor and M. Shawn Crahan (aka Clown). The event began with a movie screening, followed by a Q&A session with artists from the OZZFEST MEETS KNOTFEST bill and concluded with a p
erformance from Zakk Sabbath, led by Zakk Wylde.


Corey Taylor paid respect when he said that it was Ozzfest that gave Slipknot their big break.  He's now honored to carry on the torch.

They and Black Sabbath have a longtime history between the two namesakes of the events, with Slipknot appearing at OZZFEST in 1999, 2001, 2004, 2005 and 2013 at the inaugural OZZFEST Japan.

"This could be the one of the coolest things I've ever been a part of," says Corey Taylor of Slipknot.  "Starting out as an Ozzfest band, coming into our own with Knotfest and now combining forces to make a little metal history...it was meant to be and I'm proud to be a part of it."
"Playing with Black Sabbath is always an honor,"Shawn "Clown" Crahan of Slipknot exclaims.  "Merging both festivals will be a legendary experience that will be life-changing for all fans.  We are excited to bring all the families together again."


Zakk Wylde joked about the end, when he casually mentioned his next endeavor would be designing a line of male lingerie. 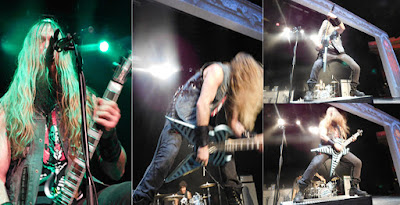 His next real endeavor is when it will be he who will take over the Black Sabbath mantle from Tony Iommi and Ozzy, when Black Sabbath turns into Zakk Sabbath.  It only makes sense when your former guitarist takes on the duties and continues the legacy since Zakk knows it the best.

That was the "special treat," a free one and an half rocking concert, when Zakk debuts Zakk Sabbath.

The feeling that this scribe has received from the love of Ozzy Osbourne (and Sharon Osbourne) by their fans is that Ozzy and Sharon, not only did they save heavy metal and hard rock from the rubbish of Eighties "Hair Metal," their traveling music carnival was a refuge for die-hard metal heads; and their sub-culture where it's okay to be a "metal freak," and to be unapologetic metal chicks and groupies, in an age of hip-hop, plastic dance pop, and manufactured girl groups.  Ozzfest was also the last refuge of rock gods, like Zakk Wylde, who really know how to rip and shred their chords, much less know how to play and read their notes, even compose songs then actually sing them.

Yes, it is sad to witness an end of an era, when Black Sabbath said they have to pass it onto Slipknot because they're retiring.  But, knowing there will always be a place and a refuge for die-hard rockers to rock out for the next generation of rockers was a kind gesture to continue the legacy and the rocker culture.

"The impact of Ozzfest on heavy music and on Slipknot, cannot be underestimated," says Cory Brennan, President, 5B Artist Management.  "For 20 years Ozzfest has given fans their first glimpse at bands like Slipknot, Disturbed and countless others, but also bringing new fans and bands together every year.  Ozzfest inspired Slipknot to continue this vital tradition with Knotfest, and it's an honor to celebrate our genre alongside them in 2016."


To continue the legacy and making it rocker friendly, especially after you're broke from Coachella (Woodstock with Money), Ozzfest Meets Knotfest, http://www.ozzfestmeetsknotfest.com, said for only $40, you can afford for both days during the September 24th to 25th.

In paying tribute to Ozzfest, it'll start when it began.  The San Manuel Amphitheater and Festival Grounds is where OZZFEST--the event that launched the U.S. hard rock festival market and went on to tour the world--began in 1996 and where KNOTFEST last year took over the San Bernardino, CA venue and expanded into a camping festival.

Posted by thearriviste at 12:39 PM