If this Election Makes You Wanna Drink, Enjoy The Lincoln's new Fall Cocktails & One Night Only, Election Night Cocktails, "For the Record." 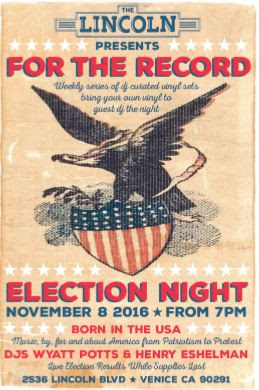 If the stress of this year's election is getting you down or you way worry too much of what people think of you, after you're done voting, reward yourself and chill on Election Night at The Lincoln on 2536 Lincoln Blvd. in Venice.

You cool cocktail connoisseurs will be in for a real treat.

Gourmand as they are historical but with twists, as fresh as the ingredients, The Lincoln isn't for novice club kids guzzling artificial neon, corn syrup-based kerosene.  The Lincoln's mixologists, okay bartenders, are the real-life examples of bartenders-turned-chefs.

General manger/Head Bartender, Cameron Dodge-White, is a young gentleman with an amazing encyclopedia of the historical knowledge of cocktails, which is happens to be an American thing.  Cameron knows about shrubs then mixing with whatever colonialists and past bartenders have on hand.  So, it seems only fitting for the historical Lincoln to be celebrating one of American traditions, the Election.

For one night only, tomorrow at 7pm, The Lincoln will offer:

If the course of the election gives you a mind-splitting headache or the thought of having either one as President, makes you want to drink, sip American History in a glass on Election Night.

There will be hot dogs and apple pie.  Come watch a publicist spin the turn table, spinning BORN IN THE USA featuring musical America from patriotic to protest, from Springsteen to Crosby Stills Nash & Young. 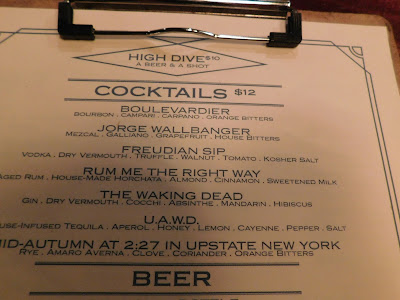 The Lincoln has new seasonal Fall cocktails, good until Winter. 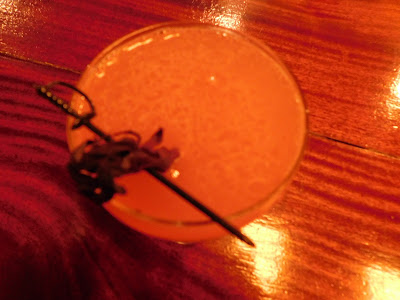 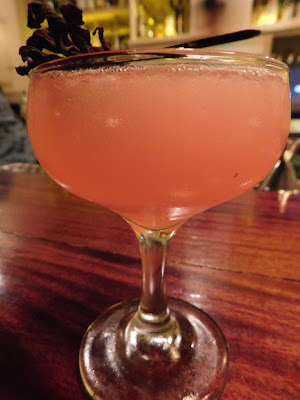 After surviving election trauma, sip Cameron's take on Corpse Reviver, "The Walking Dead," homage to the tv show and the revamped version of Corpse Reviver. 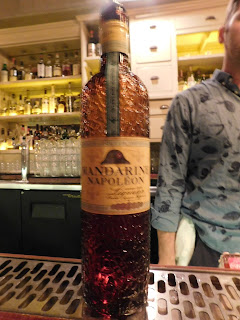 More neat and clean, than it is sweet and syrupy as it's counterparts,  The Walking Dead is a palate refresher based on Napoleon Bonaparte's favorite liquor (Mandarin oranges soaked in cognac) and hibiscus, mixed with Cocchi aperitif wine, and dry vermouth.  The gin and absinthe provide the cleanliness and the brightness of The Walking Dead.

If all this imbibing gets you hungry, you can bring meals and eat out in the covered patio, but never inside the actual bar because that's too much for The Lincoln staff to clean up. 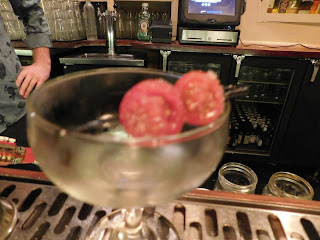 There's one unique cocktail that caught this sweet-tooth imbiber, Freudian Sip.  The Lincoln's savory, deconstructed idea of a Bloody Mary.  More unami-mushroom than juicy tomato, Freudian Sip pairs well with a juicy steak and potatoes due to the truffle and walnut.  The cherry tomatoes are dusted with sugar, the only sweetness.   But, the vodka and Dry Vermouth makes this an unami Dry Martini. 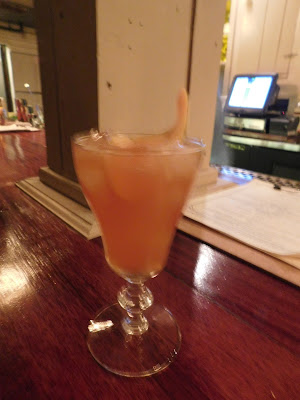 Cameron found the original Seventies Harvey Wallbanger, way too sweet for his own tooth.  He re-tailored with fresh grapefruit and artisanal House Bitters then stir in Galliano and Mezcal then renamed it, Jorge Wallbanger. 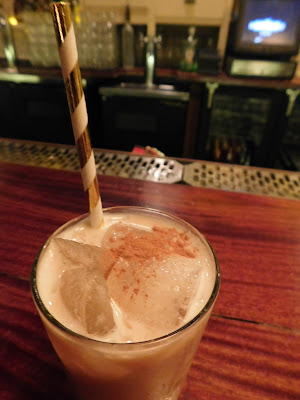 For this sweet-tooth, Rum Me the Right Way is a tiramisu in a high-ball glass, a creamy concoction of: House-Made Horchata, almond, cinnamon, sweetened milk, and aged rum.

Whatever cocktail you're picking at The Lincoln, you're drinking different eras of fashionable drinks that represents the ethos of each era.  You're drinking history.
Posted by thearriviste at 10:30 AM