This scribe has been pretty, darn lucky and fortunate to watch, hear, and witness first-hand the rising, hot, young talent burning on the horizon.

Despite being young...young compared to this scribe...this trio has years of music industry experiences...and trials and tribulations that older mere mortals can hardly understand, much less experienced; but these youngsters earned their cred to be monkiered, "The Ones To Watch."

This scribe enjoys hanging out and chillin' at the intimate but sound-proof, high-tech music venue, Sonos Studio (not a rancid club nor a recording studio) where this scribe has enjoyed the likes of Mikky Ekko singing his heart out, thanks to Pandora, "Coachella on the Brain, Kinda, Sorta, Mikky Ekko concert by Pandora." http://luxurist.blogspot.com/2015/04/coachella-on-brain-kinda-sorta-mikky.html

But, this scribe has never seen the likes of the stretch-out lines of both media and general admission curling around the corner for a Sonos Studio performance.

Thanks to Miguel spoofing his own hit, "Coffee" then his mini-concert on "Jimmy Kimmel Live,"  this was the biggest crowd yet for a Sonos Studio concert.

Mind you, Sono Studio is a size of a typical art gallery/boutique.  It was jam-packed with 50% media and 50% highly-curated influential tastemakers of professional fashionistas and style publicists.  The media already sensed Miguel is hot.  The tastemakers wanted a taste of him.  Miguel did not disappoint.  That kid, ok, that man is ready. 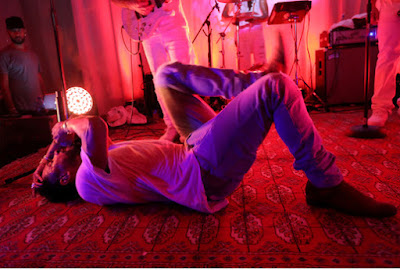 As a son of a Mexican American father and an African American mother, born and raised in Los Angeles listening to his mother's classic R & B and his dad's funk, hip hop, jazz, and classic rock, Miguel Jontel Pimentel is the millennial answer and continuation of R&B.  He and V. Bozeman are the what R&B is now, multi-ethnic and multi-cultured but still in love with R&B. 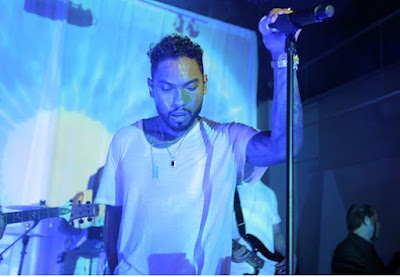 At lucky at first but a long, hard journey to become what he is now, Miguel is a fifteen-year music veteran.  Signed at a very precious age of fifteen to the now-defunct Jive Records
, he has been through the roller-coaster of hot, young promise and not hot heart-break due to labels crumbling then absorbing, passed onto another label, opening for established singers, and penning their hits for them.

While riding that roller coaster, Miguel used this intimate platform to dole out this heart-felt advice in writing his break-out album, "Wildheart" and his break-out hit, "Coffee" (something every Millennial knows about).

Obviously, he's been on this journey.  He told the rapturous crowd that, "normal is subjective" after being managed and being mis-managed by various labels.  He quoted, "Everyone has baggage and that's what make everyone an individual.  We all have to go on t this journey to found out who we are and what we are."

In a fawning crowd of influential tastemakers and media-lovers,  they all whole-heartedly agreed when Miguel simply stated, "Find what you love, who gives a f*ck what others think and do it well."  This was how he felt when he composed his break-out "Wildheart," an amalgam of rock, soul, and R&B.

Again, Miguel is the Millennial answer to R&B.  Who cares about his background, he's still soul. 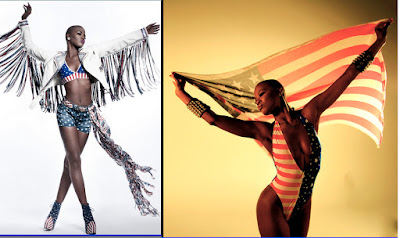 "The Girl from 'Empire," V. Bozeman is today's idea of a starlet.

She put the soul in the trite nightclub standard, "What is Love?"  She sang that in the pilot/premiere episode of FOX's hit, "Empire."  Her simply singing it, soulfully, is what earned her the moniker, "That Girl from Empire."  Well, "Empire" launched a starlet.  Watch out for her. 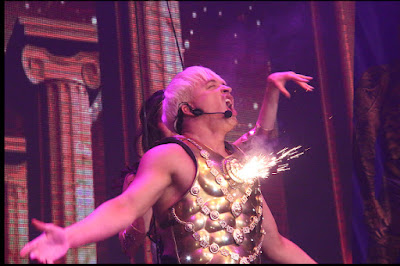 Kuba Ka is a child prodigy.  A child rock star in his native Poland, he was managed by Michael Jackson's former manager, Frank DiLeo .

He finishes out the trio of "The Ones to Watch."

Posted by thearriviste at 12:29 PM