Interscope has Another Stable of Fresh Artists & Budweiser Quench the Thirst for New Talent in their "Made Underground"/"Made for Music" Series. 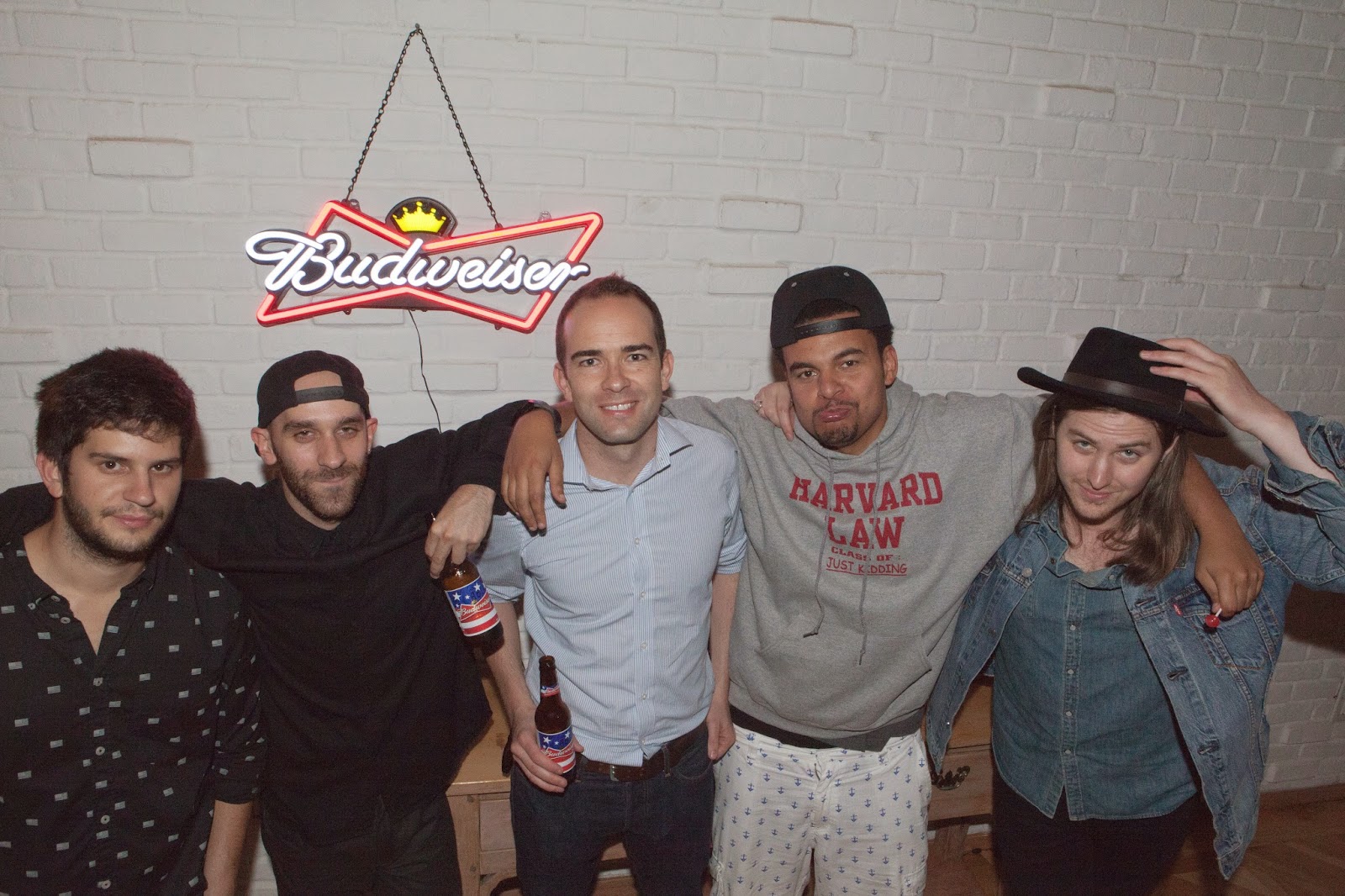 It's been an Interscope Records kinda of week.  The night before, the newest and latest Interscope artist and the latest American Idol winner, Caleb Johnson performed an heartfelt set at the Santa Monica Place Mall while promoting his release, "Testify."

The next night and way further up Malibu, on the the other end of the Pacific Coast Highway,  Interscope Records teamed up with Budweiser to debut (this Summer has been the Season of Debuts) a new crop of fresh talent in an intimate setting inside a private Malibu Beach residence for Budweiser's "Made Underground" Series, a six-parts series of signed musicians giving the hands up to their unsigned contemporaries.

As a part of it's "Made for Music" Campaign, Budweiser acts a fairy godmother (with the X Ambassadors' and Jamie N. Commons' help), searching, hunting, spotting, and gathering the world's best street musicians (otherwise known as "buskers"), giving them the opportunity to recording studios, engineers, and producers and the settings and the concerts to promote their talents to the greater public, hence "Made Underground."

The MADE Underground series, produced by Noisey, VICE's music channel, Budweiser and Alex Da Kid, will follow Jamie N Commons, a British folk musician and Brooklyn-based four-piece band, X Ambassadors, as they hit the streets and subways of London, Rio de Janeiro, New York and Philadelphia to find these talented, unsung geniuses of global music. They, in collaboration with Budweiser, will bring together the passion and talent of underground performers from around the world to convene an all-star symphony of diverse street sounds from these world capitals.

Eventually, this global super band of buskers will make their debut at Jay-Z's/Budweiser's "Made In America" two-days music festival, personally curated by Jay-Z in Downtown Los Angeles from Auguste the 30th to the 31st.

This intimate set of Jamie N. Commons singing with the X Ambassadors was just a teasing taste of what to come for Budweiser's/Jay-Z's "Made in America" Festival.

Alex Da Kid, founder and label head of KIDinaKORNER Records where both X Ambassadors and Jamie N Commons are signed, will co-direct the series and produce and guide the busker band through the remaking of the track exclusively for MADE Underground. The hand-picked band will re-record a special version of the artists’ electrifying summer anthem entitled “Jungle”, which has already received a remix from JAY Z.

"It’s important for me and Budweiser on this Made Underground program.  I was very intrigued by street performers and busking life, looking at different aspects, maybe in how it relates to professional recording and what’s the difference is and understanding  the nuances of it.  I’m so interested in it.   With Budweiser, I think it’s a cool thing."

"I’m most excited about with the buskers on “Jungle” because I feel like we can take something old then make it something new and unique and changing the instrumentation of it, the vocals.  It’s the new thing.  Impact on different platforms.  It’s interesting to know how “Jungle” will come together with the buskers.  People who haven’t been in the studio that much.  It’ll be a good thing because it’ll be interesting to do things in a certain way." “Music’s ability to inspire millions of people around the world everyday can come from unknown but passionate artists like these street musicians as easily as it can from global icons like JAY Z and Rihanna. We’re proud to celebrate that this year by giving fans access to all levels of artists dedicated to pursuing their craft with passion and creativity,” said Camilo Durana, Global Director, Budweiser Sports and Entertainment.

"Made Underground is Budweiser’s Made For Music Campaign which we rolled out in 85 countries.


The campaign is really about bringing the audience closer to the artist, inspiring them in the creative process, featuring the likes of Jay-Z, Rhianna, and artists around the world."


"Underground is really a story to tell that process to bring people closer, a beautiful narrative really, authentic  and real in a beautiful context."

"What we love about Alex, Jamie, and the X Ambassadors, they’re collaborative spirit, to come together and put together to put an incredible track on “Jungle” that’s been very successful.  Part of Made Underground was also collaborating with more people, seeking out those undiscovered talents in the subways of the world and bringing them to collaborate even further on the tracks, working with them on their creative spirits.  Enthusiasm and collaboration, for the track, were a great fit.  Then, you look at the actual track of “Jungle” and it’s inspiration.  Basically, the source from the song was in New York City and to be told was a nice thing to do."

"First, making the part of this, hearing them in the context, looking at the six episodes.  They’re essential points as Sam and Jamie and the X Ambassadors travel the world.  The main focal point are the buskers, their talents and their day-to-day.  So, we’re gonna highlight them then we’re going to bring them to Los Angeles.  We’re gonna re-record the new version of “Jungle” with these buskers.  We’re actually going to have them perform live at the Budweiser “Made In America” concert on August 30th"
“Made In” Music is about bringing people together and the artist that inspires them.
Different people around the world are inspired by different things.  The likes of Jay-Z and Rhianna.  That certainly inspired people around the world.  But, there are people who relate better to those who are still struggling around the world who are trying to make it.  For us, it’s important to show that full-spectrum and look at that creative process in the life of musicians in the full-spectrum from the people who are world icons to folks who are just starting their journey." 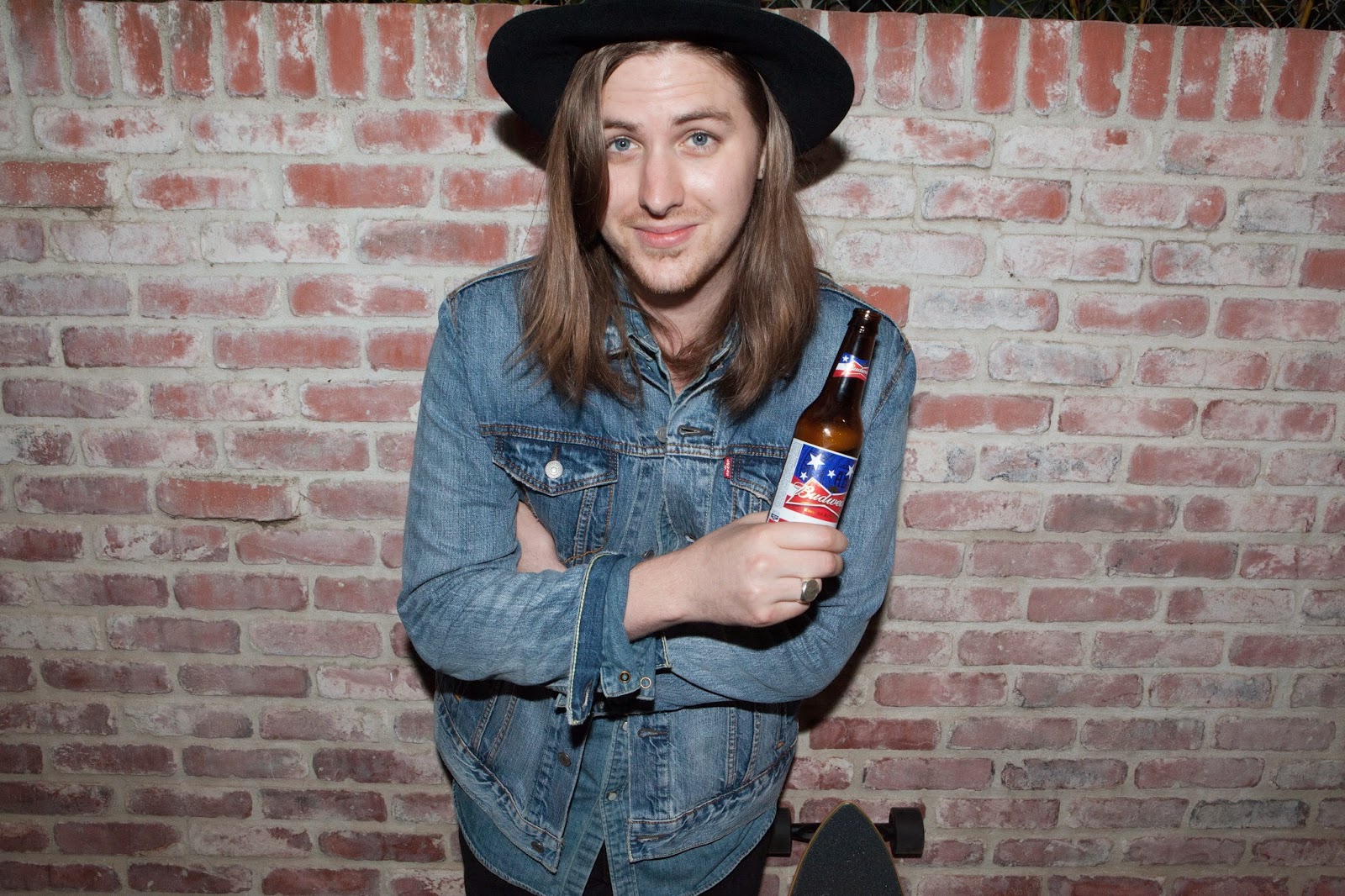 “As a street musician from London, I am so excited to be a part of Budweiser’s MADE Underground,” said Jamie N Commons. “There is so much talent in the most unexpected places and through the series we will all help to shed light on some of the most genius musicians from across the globe to re-create an awesome track and deliver what promises to be an amazing performance at Budweiser Made in America Festival.”

"I’m really looking forward to meeting up with the buskers and getting this track together then seeing how the single will turn out then onto playing the Made In America Fest." 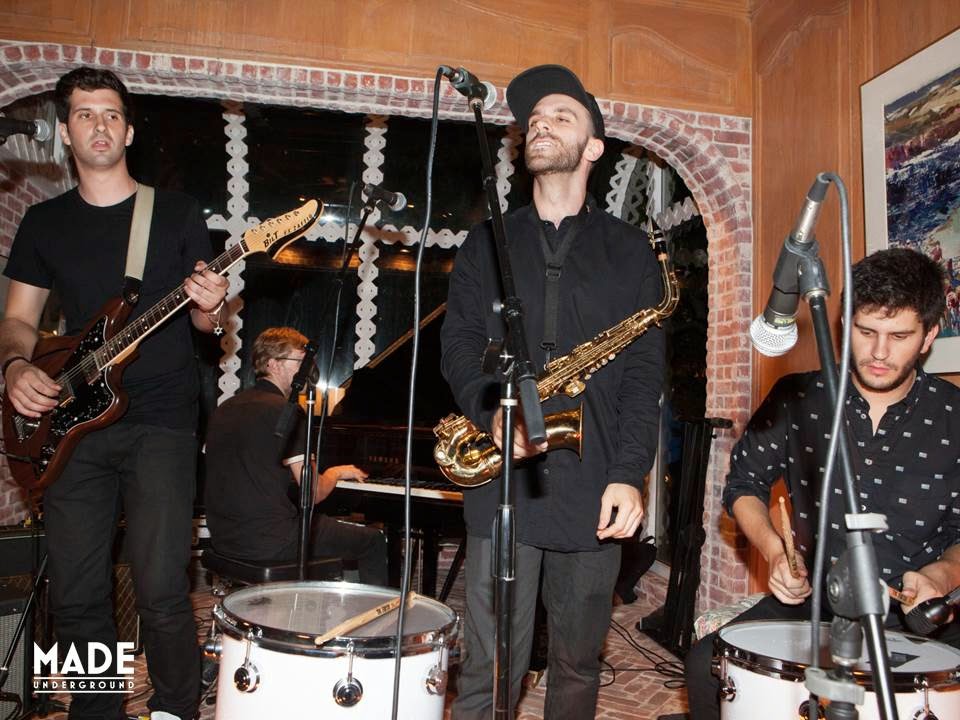 “Living in New York, it's hard to miss the amazing talent around every corner which is why I am so thrilled to work with Budweiser's MADE Underground to showcase the truly brilliant street performers throughout the world and highlight the energy they bring to our city life," said Sam Harris of X Ambassadors.


"Working with Jamie and Budweiser, going all over the place, looking for musicians was incredible."

"We started off in London which is a place we spend a lot of time in.  We really never gotten the chance, I really didn’t know that there is really a busking scene there; and we got to find out a little bit more about how those musicians operate under the circumstances in all of the cities.  Busking is very heavily regulated in all the cities we’ve been in, in Rio, in Philly, in New York, in London. In New York, it’s a free-for-all.  But yeah, you know,  are all these guys who have to deal with, you know, the cops arresting you, kicking you out of your spot and trying to make a living and do what they love and survive. It’s like really interesting to see, to find out a lot more. On a more personal level, it’s interesting to see what it means to be a busker, a street musician."

The MADE Underground series trailer, London episode and NY episode is available now at www.budweisermusic.com. Further episodes will be available in the coming weeks. The series will then feature two episodes around the band’s first rehearsal in LA and then finally their performance at the 2014 Budweiser Made in America Festival, which will both be available post festival.


The 2014 Budweiser Made in America Festival, curated by JAY Z in support of the United Way, will continue to play a major role in the global Budweiser Made for Music platform. It will once again celebrate the artists, makers and creators that leave an indelible mark on pop culture and the spirit that drives them to greatness, bringing the inspirational power of music to millions of fans around the world. Budweiser’s global MADE Underground “busker band” will join in celebrating music’s unique power and influence in bringing people together.

Once again, MADE for Music will bring fans closer to Rihanna through a series of collaborations to be announced later this year. Additionally, the 2014 MADE for Music initiative will be supported by a global campaign featuring JAY Z and Rihanna running across more than 85 countries around the world where fans can enjoy a Budweiser. It will integrate refreshed OOH, print, MADE for Music packaging and content available on budweisermusic.com. Budweiser will also bring live music experiences to fans around the world through over 150 live music events, including MADE In parties across the United States, Budweiser Storm EDM events throughout China and the Budweiser Made in America simultaneous festivals in Philadelphia and Los Angeles on August 30 and 31, 2014.

Posted by thearriviste at 4:55 PM