Father Figure or a Wingman of Male Grooming, Pirooz Sarshar Tells It Like It Is. 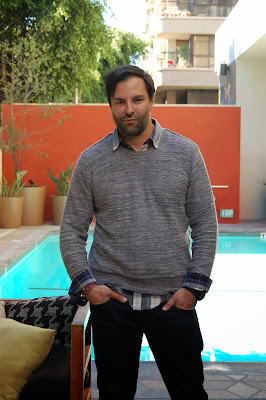 A "Guy's Guy" groomed in the grooming business since he was a wee nine years-old lad, Pirooz Sarshar makes it his mission to be a father-figure to boys, a big brother to young men, and a wingman for fellow dudes confused and befuddled by male grooming products while reviving the lost art of a proper shave and how to behave like a real man, in honor of "Movember," Men's Health Month.

“I am in the business of coaching men in how to feel comfortable and more attractive about themselves, help them in their confidence, try them to do stuff they normally would not do.  So, I make them feel comfortable about taking care of themselves, washing their face or cooking a steak…whatever it may be. ”

Growing up in the beauty and grooming business, he is dismayed by the lost art of a proper shave, the booming confusion over male grooming products, and the lack of knowledge of what, which, and how...

“But, grooming is how I started; and I started in grooming fifteen years ago.  I started as a kid.  I was influenced as a kid.  I grew up in the business; and I always wanted to create something for men because I feel like there is a missing void; and no one was helping out the guys out there. If there were helping out guys, there was no education, basically.  They either learn from their mom and dad or a father figure or what their wife bought them.  I thought it was time to take a different approach.  It’s time to give men an outlet where they can come to and learn all these skills.  You know, once you gain a man’s trust, there is no limit to where you can go with him.” 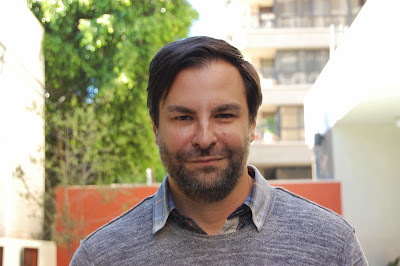 He’s trying to get rid off the “metrosexual” stigma out of male grooming.

“The term “metrosexual” was created by a British writer many, many years ago.  You have “metrosexual,” “ubersexual,” “whatever-sexual,”.  The way I look at the overall men’s business, I really don’t care what type of sexual you are, it’s all about guys.  It doesn’t matter what color you are.  It doesn’t matter what background you are.  At the end of the day, we’re all men; and as my book is called, “It’s Not Easy Being a Man,”…Basically, we’re men with the same issues.  We all have to get up every morning, around the world and shave.”

“We’re sort of been forgotten about.  We’re always been looked at as a niche but we’re the other half of the population..; and there’s always things out there for women, lot of choices out there.  A lot of areas for women to tap into, to help them out to sort out these things,…it’s acceptable for women to take care of themselves.  But in the US especially, grooming or actually having some sort of enhancement in your life as a man is always looked at as taboo.”

He's deeply concerned about the next generation coming up, even more confused than ever when it comes with a new set of male grooming challenges...

"People forget what we’re talking about is the basics in hair care, skincare, body care but in ten to twenty years, everybody is gonna look different.  We’re all gonna be mixed.  We’re already are. This brings new challenges to teaching and revamping male grooming fundamentals which means new breed of products and new approaches in how , where, and when to use them.  What’s really shocking, these marketers and cosmetics executives have to grasp these demographic changes.  It’s all global now; and I believe products should address these skincare issues across the spectrum because they’re coming up on the horizon."
Pirooz's biggest point of pride is when he teaches then passes on the knowledge of male grooming onto the next generation...

“My goal is to teach them the basics.  My goal is to inspire them to feel good about being a man.  With a lot of content that I write, I always look at this as, ‘Hey, if I can get a guy to take one extra step or if I can teach one thing out of many things out there, I’ve done my job.  Because, that one thing, per a step, is that thing that can help them alleviate of those discomforts he has…getting over those taboos.  It’s like anything else.  I have an eight or nine-year old nephew.  I remembered telling my sister when he was seven years-old, ‘I’m gonna teach him how to put gel, pomade, in his hair and look…it makes him look good.  As a boy, he will only going want to look better.  You’re not gonna want to look back to what you were…Here you are, watching this six or seven years-old boy putting products in his hair, watching him enhance his look, this is a very normal thing, for all guys, but there’s no one there to help them currently.”

“What I’ve done in the past, which I’m proud of, is teach young men how to groom and look good.  This isn’t done to sell face wash or shaving cream, the purpose to look and feel better about themselves. When they do go to an interview or when they are on a date and when they walk into a room,  they know they can capture people.  They know they have momentum.  They know they have power.  I think it’s very important.  These things are very important to a man.  When you take the average man, you think what he thinks about, stress, crap at work, people nagging him, people pulling at him in all different directions…how many people you know take the time to step out and look at themselves outside-in?  That’s our goal,  to help guys step out and realize the gift they have.”

"Taking something simple then turning it into something complicated, these big companies are turning grooming into brain surgery. Let’s focus on the fundamentals then work our way up.  People forget the basics.”

“Think about the concept of manicuring,…it’s a basic step towards hygiene; and it’s a basic grooming skill, getting clean.  If you teach a man that the first thing people notice are your hands and the first thing a woman notices about a man is his hands and you gain his trust, he will do it over and over again.  Again, if you teach those guys and they see results, it will go a long way.  It gotta easy.  It gotta simple. “idiot-proof”


Posted by thearriviste at 4:02 PM