The Moods of Norway, the Monty Python of Fashion 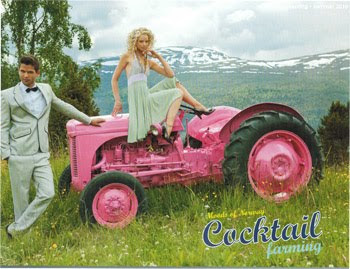 The Moods of Norway's Current Spring Collection, Summer In Norway.

Stefan Dahlkvist, Simen Stallnacke, and Peder Borresen on one of theire super duper tractor.
Stefan Dahlkvist, Simen, and Peder Borresen, the trio calls themselves the “Moods of Norway,” first obviously, they’re Norwegians and second, their clothes fit all sorts of feelings and expressions and time, smart serious suits for serious moods, cheery dress suits for awesome disco moments, and light-hearted fares for easy-going days.
Don’t be fooled by their adorable goofball personas. Behind every detail and quirk, is a history lesson and trivia about Norway, well because they’re Norwegians. 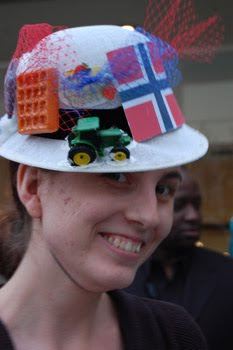 LA Fashion Snob aka Heather Petrey appropriately attired.
The day they opened their store and the day they celebrated their first anniversary is also Norwegian Constitution Day, Norway’s version of Independence Day from Sweden. Of course, they can’t go without waffles, topped with rich sour cream and strawberry jam and beer and champagne. 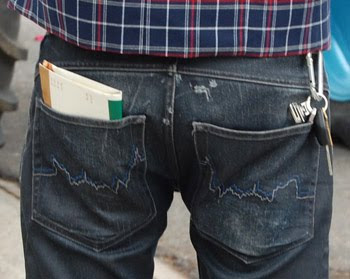 NASQAD that changed Norway from farm to industrialized.
Even dropping by their one and only US boutique, every little décor showcases Norwegian culture. The dressing room doors, built like traditional farm doors have heart-shaped video screens running old films of Norwegian farm life. The odd squiggles on the jeans’ back pockets is actual NASQAD of Norway when oil was discovered in 1963, changing it from an agriculture country to urban that hasn’t forgotten its farming roots and the Moods does let you know it.
They have a gold tractor showcasing that. 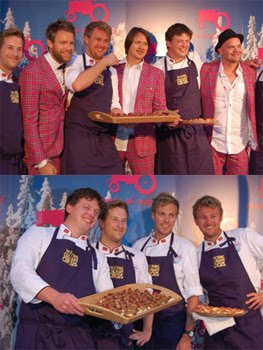 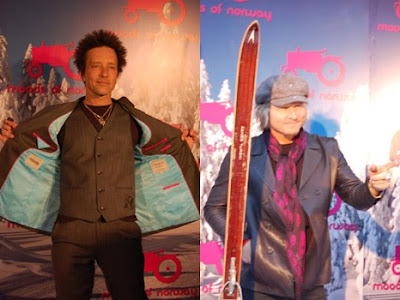 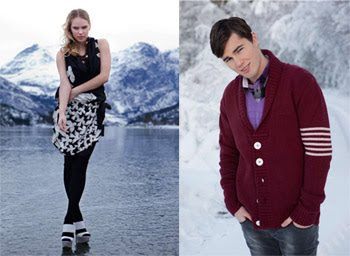 In a one year of a nanosecond, the Moods outfit Hollywood’s rock royalty from Camp Freddy’s Dave Navarro, Matt Sorrum, Billy Morrison, and Donovan Leitch, The Eagles of Death Metal, ZZ Top, The All American Rejects, and Gwen Stefani. They love rock n' roll as much as they love waffles.

The Moods basically call their clothes, “Happy clothes for Happy People" with their suits in hot pink satin, adorably goofy plaid and brocade.

On an freakishly cold, gray, and rainy day in May, they brought on the cheer.


Posted by thearriviste at 2:12 PM