Sweet & Simple Valentine Gifts for both girls and boys 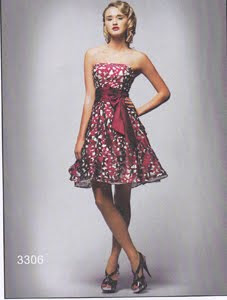 Dalia McPhee's Laser-cut Hearts Dress
Dalia McPhee's adorable laser-cut Hearts Dress, simply named "3306," is a spot-on choice for the girls to kick-off Valentine's Day. Something sweet. Something flirty. Something girly but not slutty. What's even better, Ms. McPhee's creations for the red carpet, the prom, the ball, and the gala, for both celebrities and the average female, are within the reach for anywhere between $500 to $1,000.
But what about the guys? The men in your life who doesn't golf, want something stylish, sexy, and mucho but not staid Dad preppy, doesn't wear a tie or got way too much ties to speak of but stuff that is awesome, kick-ass, and functional. Functional enough to use everyday to remember you by. 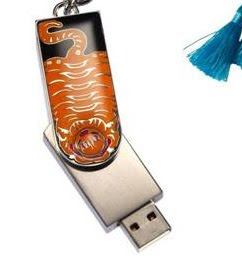 For guys who automatically gag on the thought of anything pink, anything girly, anything Valentine, here's something that has nothing to do with those.

This year on February 14th is when China celebrates their New Year-the Chinese New Year. With each New Year, it brings a new animal that determines the destiny of those born during that year and influences events during that time period.

The Year of the Tiger-yes, the savage cat-is going to rip fluffy-waffy Valentine's to shred. This He-Cat is going to rip the frilly frippery to shreds-what a relief!

Forget chocolates. Dump the colognes. No more ties or stuff your man you'll know will never, ever, use.

Bring on the loot.

China's premier luxury brand, Shanghai Tang reveres the virility, the passion, and the excitement of the Tiger in this sleek silver gear, trimmed in good luck, hot red.

Women, men are shaper than you give them credit for when it comes to cool gifts.

For an easy start, surprise the sexy, cool techie with Tiger USB Jump Drive. Every time he plugs this in, he'll thank you each time. Easier said than done. 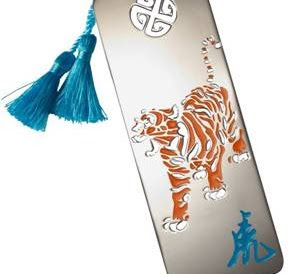 $65 Tiger Bookmark
For the foxy, metaphysical intellectual hiding behind his glasses, nothing warms him up than this exquiste silver, tiger-engraved bookmark for his leather-bound library.

If he's an urbane dapper dandy, nothing tickles his he-man heart than this luxurious Tiger Scarf.

For something cute and smart yet Valentine's sneaky, a card celebrating the Year of the Tiger in hot red, let's him know you're thinking of him without the sickening cupids and hearts.

Antidotes to Valentines, your man will love you for this.

Posted by thearriviste at 5:12 PM