Rent A Gent is Turning the Tables and Shifting Society. Women Have A Say. 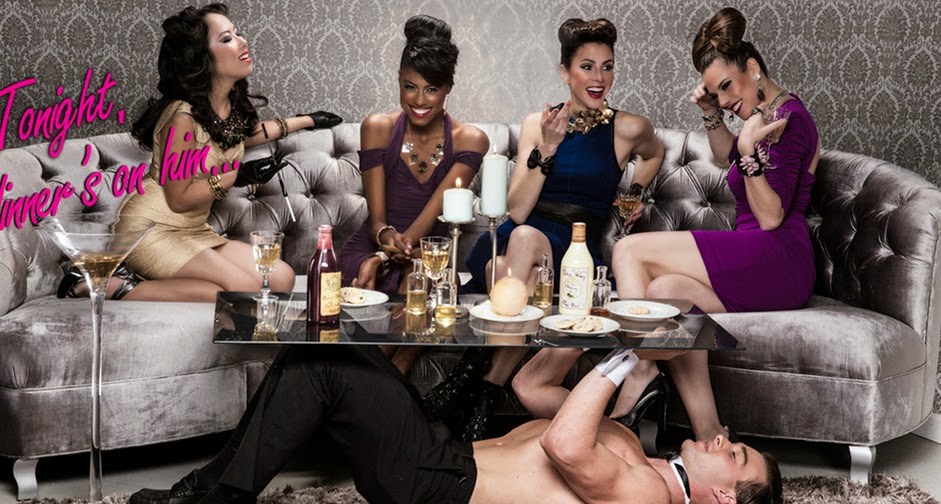 Almost two months before the media brouhaha of Rent A Gent on ABC's "Nightline" and "Good Morning America,"  this scribe was lucky to catch the founders of Rent A Gent, Sara Shikhman and Denis Koinash interviewing prospective gents for the Los Angeles market.

After all this hard work and sacrifice, the tables have been turned.  The women clients have high standards and the gents coming from Rent A Gent must live up to that.
Women clients don’t want an escort service but they can’t live on the constant flow of girlfriends, girlfriends, and girlfriends all the time.  It would be nice to have a gent…for a change.

Sara, “We earned it.  We work hard to get where we are.  Why not enjoy our lives  and get a new option of entertainment.  We have so many options.  This is just another option for successful, confident women.


There’s more to Rent A Gent than a date.   On their website, they categories of comedians, trainer, teachers, and helpers.  The Helpers division is the most interesting.  It reflects how busy today’s woman is, bodyguards, Mr. Fix-It, assistants, butlers, drivers, and Personal Shoppers.

Rent A Gent is an economic and social change reflecting the growing financial status of women rising up in the workplace while at the same time reflecting the changing role of men in the world.  It’s not the matter of breaking through the glass ceiling.  It’s more of women taking over the board room and insisting that the gents cater to them on a glass platter.

This shift had happened 12 to 15 years ago when the girl assistants, working for powerful women agents in LA, would shift through files of actors’ headshots and use them as a shopping catalog.

These girl assistants are now, today’s “Sex and the City” women.  Who have bought all the shoes, all the clothes.  Now, they want a special type of accessory.

Rent A Gent represents that next evolution in this lifestyle/culture.

Sara whole-heartedly agrees with these statements.  “We already have $1000 shoes.  What’s next?  This is the next step.  We have the $1000 man”  for pleasant company, nothing more, nothing less.

Rent A Gent is filling in that gap; and they’re going along with their clients.  In that, we don’t need to marry a husband for what are temporary but high-level situations, such as galas and functions to more down-to-earth  duties, like babysitter and personal assistants.  One night only or one day only, no harm done, let it go.

The interview/casting committee, balance by both women and men, go through resumes and high-resolution photos.  If they like what they saw, they'll invite the candidate to be interviewed and reviewed.  If both women and men panels like him then the real research begins, the background check, which is conducted with the applicant’s consent. Only upon the successful passing of a background check then is approved by the panel, then the guy becomes a Gent.

After being to a few mindless bachlorette parties where the strippers are bimbos who can't hold a conversation, corporate lawyer Sara Shikhman figured there must be a better for just a date and knows there are other professional women who share the same sentiment.

She finally called up her college friend of ten years, Denis Koinash about this epiphany then they turned it into Rent A Gent.  This was a mere year ago.  Now, they're expanding to NY, NJ, PA, DC, VA, MD, DE, TX, CA, NV, Miami, Chicago and a few other cities.

What makes the Los Angeles market unique and different yet being the same with original market, New York? 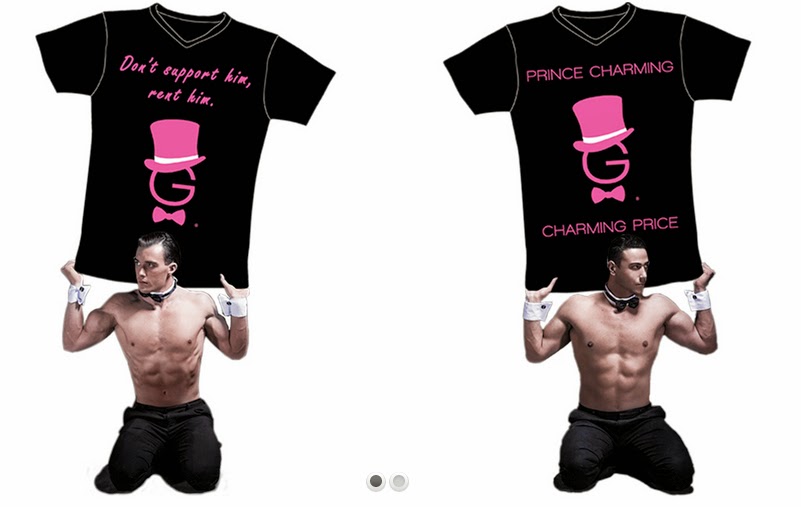 According to Sara and Denis, the Los Angeles market is a little bit of New York and a little of Las Vegas.

Denis mentioned it's a little bit like Las Vegas where the parties are events and this is where they do provide the "Entertainment" arm a.k.a. "eye candy" of topless waiters and bartenders. "This eye candy thing would be part of catering.  Basically, it’s sexy guys holding trays.”

However, both Denis and Sara know, based on their observations,  LA is also a little bit like NY where the Gent has to be, not only good-looking but the manners and brains to match.  Due to the wider array of events, functions, and galas,  the LA Gent must malleable to adjust to a variety of situations and environments while holding a decent conservation with the client as a date then do the same with the client's friend and associates.  In others, the Gent must be comfortable and assured going from the glamor of an OK! Magazine party to a LACMA function to the laid-back but star-studded Coachella.  Being a LA Gent is of a much taller order then NY where the parties are business network and charity functions and Las Vegas where it's just simply "entertainment" of strippers and topless waiters, bartenders, and butlers for bachlorette parties.

Based on his experience, Denis said it is the down-to-earth, low-key Gents who do the best in this field.  They adapt well.

Don't get this idea that any guy can walk in and become a "Gent."

Sara, “A woman feels or knows she’s not qualified for something, she’s not even gonna apply for the job. She’s gonna say, “Forget it, I’m not good enough.  I don’t have the experience. But, men are not like that.  Men are thought from birth that they’re taught from birth that they’re perfect, they’re great and whatever; and they just come.  They say I’m the top one percent guy, “I’m great."

Then both Sara and Denis will retort, asking this candidate what makes him so great?!

From the thousands of men who apply to work at Rent A Gent, the screening team selects less than 5% for an in-person interview with Rent A Gent. At the interview the guys are evaluated by a panel of female judges on their charisma, attractiveness, intelligence and talents. The female judges include bankers, lawyers, models and homemakers.

Denis is more focused on the brain.  "That’s first but of course, the guy has to look good of course.  What I’m looking for is a complete package.  In America, in LA especially, looks matter.  For the LA Market, we look for both.  We need the brains first.  We need, simulateously, the brains and the looks.  If a guy has all looks and no brain, he’s not our candidate.  If a guy has all brains and no looks, he’s also not our candidate.”


"What we're looking for is a handsome and well-behaved gent who can have a conversation with anyone and makes you, the client, look better.   You can have the hottest guy in the room who’s also very intelligent and can talk."

Denis Koinash represents the men perspective and filter to balance out the scale in the selection process.

Here's Sara's and his debating on a potential Gent...

Sara warned that male selection committee is more critical of the prospective candidates than the women.
Denis complains the women selectors were too nice then Sara and him would debate the merits of a candidate.

He acts as a warning signal, as in “No Way!”

Sara accepts that if we women were judging the candidates as women, we would be the same.

The male casting panel has a higher standard than the female panel.

Denis, “You need to be top half of the percent, not top one.”

Yes, Rent A Gent and Sara and Denis did and are getting flack for being called an “escort service,” but they’re classier than that.  The first rule, no sexual contact.  If a woman client likes a Gent and wants to hire him again, she must go thru Sara and Denis first.

For the LA market, the Gent cannot be too intent on networking collecting business contacts while on a date with the client.  This will make the agency look bad.

Sara, "We, at Rent A Gent, have a Rules Packet that we give to the guys in the East Coast, stating don’t do this, don’t do that.  This is what you can do.   For LA, we have to change it, making more explicit because we don’t have that many actors in NY.  But, in LA, there are a lot of guys who are actors.  Yes, you have to do different Rule Books for different cities."


Denis went further in how they operate...

"From our perspective, the way we operate in NY, the guys who are chosen for events are usually very down-to-earth, very low-key type of guys.  They’re very friendly.  I actually speak to the guy.  I actually ask the guy, monitor the guys, provide the information about the client a few hours before the event.  The guy has the phone number and I ask the guy to text the woman before the event, more on a personable level before she meets him if they never met.   The texting thing to make them more comfortable.   An hour before, he started texting, starting a short conversation.  A flirt here.  A flirt there.  It’s already soft.  It’s already a soft call.  Once they meet, it usually goes fine from there."
"The guys who do well in NY will also do well in LA as well."

"Maybe not in Las Vegas but in LA definitely.  Those type of guys we are looking for in NY, we are also recuiting in LA."

The guys Denis and Sara interviewed that day in LA, were down-to-earth.

"If a client likes a guy and wants to become a repeat customer, she has to go back and go through Sara and Denis first before she rents any type of gent."

"This is our market."

"They’re tapping an untapped market."
Posted by thearriviste at 8:59 AM