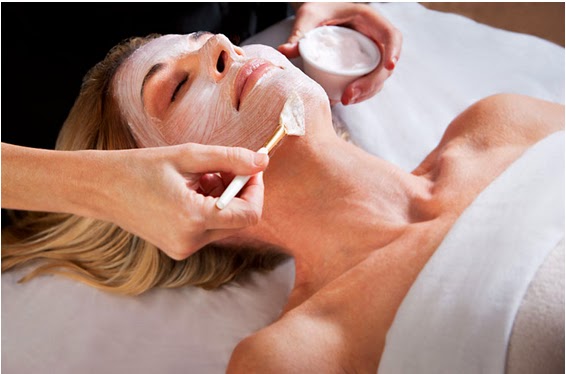 Under the hydrating, cooling mists opening the pores, a Burke Williams esthetician brushes steps of two peels, activated by the steaming, cooling mists, to eat away at the environmental pollution and all-natural build-up of dead skin cell and clogged pores gunk while rubbing the tensions and toxins out of the head, shoulder, and the chest.  Clearing the way, to way for the Pièce de résistance, the Anti-Aging Facial.

The Burke Williams Anti-Aging Facial utilizes cutting edge regenerative technology through a custom blend of stem cells and illuminating concentrate. A unique combination of H2V R3 Transform and Matrixyl Peptides lifts, firms, brightens and evens the skins tone while repairing damage. During the facial, guests have the opportunity to consult with their esthetician to create a custom anti-aging moisturizer specifically for their skin type.

This scribe admits this spa thing can be addictive but learning and listening during your treatment can be beneficial. 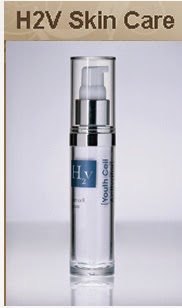 In the Anti-Aging Facial, the Burke Williams esthetician uses the spa's ultra-exclusive
Youth Cell Activator in it's Anti-Aging Facial.  Something you can take home then make part of your healthy habit.

Youth Cell Activator is created out of plant derived  ingredients distilled and developed under optimal scientific conditions, using advanced technology to bring out the best properties of these botanical and herbal ingredients, the Chilean Boldo Tree and Mexican Bamboo.

What is no longer in consideration to combat diabetes is now being used in slowing-down oxidation and gylcation also known as skin sagging, Youth Cell Activator's Aminoguanidine.

Extracted in the best of lab conditions using state-of-art technology, Burke Williams H2V Skin Care scientists, extracted, distilled, then further refined Chilean Boldo Tree's D-Boldine into an antioxidant that fights free radical damage.  They use Mexican Bamboo as a kick-starter to activate all the other ingredients and to increases cell metabolism.

Think of them as the "Charlie's Angels" trio that kicks butt in the aging process, all three team up together, acting as catalysts activating the stem cells, causing a fast penetration that reacts within two hours of use, rather than other stem cell products that typically begin to activate after 24 hours or more. The formula contains no exfoliates and does not strip away the skin, but rather re-energizes the natural cells, and increases moisture retention, collagen and elastin.

To further kick-ass the cell renewal process, the trio is joined by the Arabidopsis Plant that acts as the catalyst to activate the stem cells.  This is why Youth Cell Activator is rapid within two hours, not 24 hours or more.

Clinical independent studies have shown a visible wrinkle reduction in just three weeks, 100% improvement in the skin’s texture and smoothness, a 75% reduction in skin sensitivity, and a 50% improvement in skin radiance with once daily use of Youth Cell Activator. As a true cosmeceutical, the formula contains twice the amount of active ingredients that a typical over the counter anti-aging product would contain.

Youth Cell Activator is the newest product in the Burke Williams H2V Skin Care line. The H2V line combines botanical and herbal ingredients with tested and results-driven scientific formulas to create an effective collection of products designed to repair and enhance the natural beauty of the skin.

After personally testing the serum for close to two weeks, thank god, this is another effective yet non-destructive alternative to Retina-A.  In other words, one needs not to peel like a snake to have smooth, plump, and soft skin.  It's a great skin renewer for those with greasy skin who fear they have to traded in smooth, plump skin for more pimples and more acne scars.  With Youth Cell Activator, it's creamy appearance belies it's non-greasy, light as air texture that replenishes while painlessly flipping over cell turnover with nary a sting of a peel or a drop of oil or fat that might clog pores, lessening the defiguring effect of acne scars.  Unlike Retina-A, it never destroys the top layer to reveal the younger but more sensitive layer but regenerate and reactives cells.

You know the old saying, it ain't working unless you feel it working.  This scribe will be glad to let you know that you'll be relieved to know that the minty, tingling sensation is fun, as in it is fun feeling your skin cells being flipped over, without a peeling burn or sting.

Posted by thearriviste at 11:36 AM

As I can see the facial thing would help older people to look young, but I prefer the stem cell treatment for anti aging. I think it’s more effective. But for us to have the outcome we want we must be wise in choosing the doctor you are going to trust. Me, I have no worries about my doctors because placidway.com is here, helping me to find the best and better doctor to make me beautiful. I hope you find yours too.

Stem cell is great! But, it doesn't get the dirt and dead cell build up out of your pores.