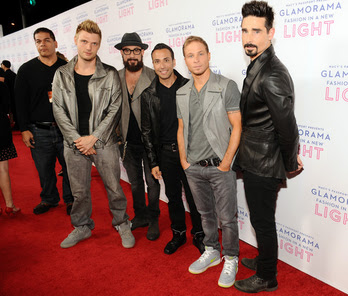 What started out as an impromptu employee fundraiser for AIDS then fostered under the guidance of Dame Elizabeth Taylor, Macy's Passport Presents Glamorama has grown as a fun-filled answer to the exclusively industry-insider New York Fashion Week,bringing together musical performances, the best of Fall fashion, and the most glamorous after-party in town to raise awareness and funds for AIDS. 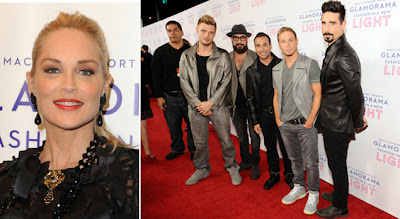 “The fashion is just gorgeous.  When you realize you don’t have to spend a lot of money to look cool and be fashionable, I love seeing all this fashion.  I love seeing them coming out of Macy’s.  I love it that all these young women can get all these fabulous clothes and get them at Macy’s."

"It’s an honor to be here to use our voices and help a great organization, AIDS Project Los Angeles.  We’re all still affected by AIDS.  It doesn’t dominate the news like it used to but a close friend of my wife and I has just lost another friend to AIDS.   Actually, he’s responsible for introducing us.
We’re in tour gear right now.  We just got off tour right. We’re doing “Whatever You Love Me” and our new single, “A World Like This.”  They have us spinning around and entering, “ glamorous.”


"The root of this traveling Broadway production of a fashion show is that it has heart, raising millions of funds for AIDS research and AIDS emotional and nutritional counseling at AIDS Project Los Angeles." 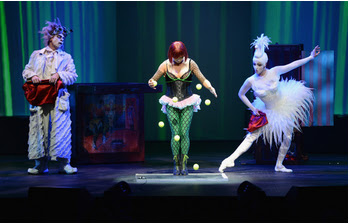 Since this isn't a straight runway and it is fashion for everyone,  Macy's isn't afraid to inject some light-heart but spectacular.  Because Macy's is one of the biggest proprietor of the hottest and current fashion, not fashion so advanced that you'll have to sit on your hands waiting for it to hit the racks in three months time, whatever you see on stage are what Macy's has now in its stores.

Plus, they're givers.  This traveling Broadway-meets-fashion show takes its show on the road to  Minneapolis, Chicago, Los Angeles then onto San Francisco with a different musical act for each city.

For Los Angeles, they got two musical acts, The Summer Set and the Backstreet Boys.

It launches forward into Tommy Hilfiger's "Collegiate" Collection, the next step up from preppy and a fresher angle from Americana.  The intellectual coziness makes one want to move to New England to soak in the crisp Autumn air. 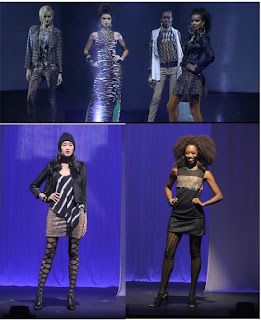 Another current trend to emerge is zebra stripes as the new black and white.

Okay, to prevent the audience from being bowed over by fashion, the winner of iHeart Radio's Rising Star Contest, The Summer Set liven up the room. 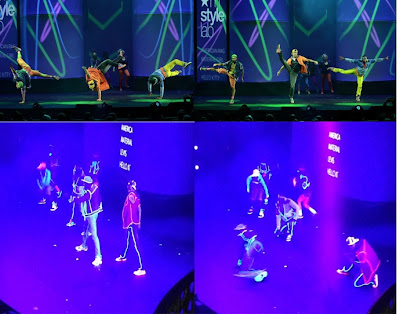 Another Macy's Passport Presents Glamorama tradition, a dance troupe.  It relives a retro thing, Eighties break-dancing in glowing Neon clothes.  See, this is what makes Glamorama special, dancers modeling the clothes in action where one has the chance to see how the clothes work in full range.

Even the menswear has that Seventies vibe with the patchwork a.k.a. mixed-media denim jacket on the yokes. 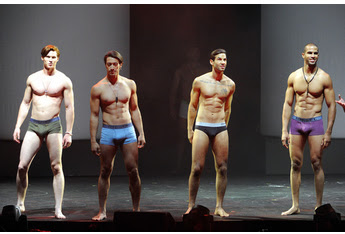 Can't forget the basics and the ladies, there will always be Diesel underwear.

The Backstreet Boys closed out the show, brought down the house, and got everyone on their feet. 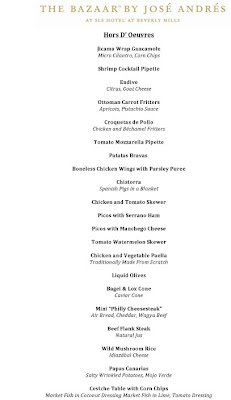 All jazzed up on the moment, attendees trooped in troves to Glamorama's after-party where a buffet of the best of Jose Andres' SLS Nouveau Wave Spanish Tapas awaits ravenous attendees.  They can't help it.  They came in droves at 7pm, sat and cheered for an hour of modeling, voguing, singing, and dancing.  They sated, sipped, then return home exhausted but reveled.