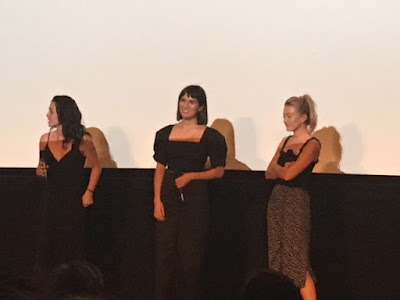 In the first season of the Facebook Watch/Refinery29 online TV series, "Strangers," the main protagonist, Isobel was renting a spare bedroom in her rental Echo Park home to wandering travelers and entertainment industry wanna-be visitors, hence the name "Strangers."

Season One, basically, made fun of LA pretentiousness and how easy and how fluffy Angelenos have it, in regarding space and housing.  It's the entertainment aspirations and the inflated egos of instant social media celebrities that provide the negativity.

With the start of Season Two, when Isobel and a friend crash land in New York, the reality crashes hard on their soft LA heads.  Their situation is now flipped.  Instead of hosting wanderers, they're now hostages to New York's real estate and renting spare bedrooms.

Housing or the lack of housing, through-out Season Two, Isobel spends the entire season spare bedroom hopping from one borough to the next.  She went from being a LA host to NY bed and board hostage, to each family's crisis or an host's quirkiness, depending how much she can bear.  A good way to know a city. 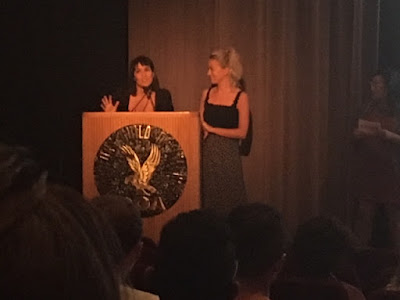 This Season Two might as well be called, "A Stranger in a Strange Land," as native Angeleno navigates New York's various ethnic society's and quirks.  The best way to explore the boroughs' quirkiness.

Being a fish out of water helps reveal the true self and real relationships or the exposing the real state of friendship, especially when it comes to pricey rents and real estate or the lack of them and making do, being a roommate in a bedroom.

"Strangers" is a late Millennial/Gen-Zer striking out on their own and discovering relationship mine fields.

Isobel knew that a lesbian/bi/pan-sexual relationship is hard to find.  So, she went ahead with fulfilling a married women's lesbian angle, who's married to a straight man.

If Los Angeles Season One was an incubator, then Season Two is a real beginning of Isobel finding herself.

In Season Two of Strangers, Isobel switches from host to renter when she moves across the country with her best friend, Cam. On the cusp of 30 and now living in NYC, it's Isobel's year to explore the many different paths to adulthood, starting with a new neighborhood each episode. As a woman living fully in the bi-sphere - bisexual, biracial, and now bi-coastal - Isobel is saying yes to life and asking the most difficult question: where do you belong when you’re in between everything?
We’ll witness Isobel fall madly in love with a woman in an open marriage, find comfort in a flirtatious friendship with her male co-worker, ride the ups and downs of new and old friendships, all the while pursuing her dream of being a writer in this city where dreams either come true or come crashing down.

Season Two is also the typical NY versus LA cultural/professional snobbery.  In New York, Isobel experience cultural snobbery from a New York-Asian American publishing executive who puts down LA bloggers, saying they're not real writers.  Soon, Isobel landed her first writing job to prove she can write...twenty pages first thing in the morning.

Strangers Season 2 is about second chances and Isobel will soon learn you are never too old to try something new.

**NEW** Episode 206 - "Smash The Plate-triarchy" (debuts 7/29)
Description: Valentine’s Day and Lunar New Year converge when Isobel stays with a newly single mom (Georgie) in Tribeca. With Mari away, things heat up between Isobel and Milo and Isobel gets a surprise visit from her family as well as some motherly advice she wasn't asking for. Episode 205 - “Big Little Chill” (debuted 7/22)
Description: Isobel is thrilled to be invited to a special weekend upstate with Mari's friends. But she quickly learns that leaving the city doesn't mean avoiding Mari's past and present, and starts to wonder if their relationship even has a future. Episode 204: The Disappearance of Katia Romaine (debuted 7/15) Description: Homeless yet again, Isobel lands in Brighton Beach, Brooklyn with a new host who creates Escape Rooms for a living. But when a double date goes horribly wrong, there’s no escaping the reality that Isobel and Cam’s friendship might be over and that Isobel needs more from Mari. Episode 203 – Maskulinity (debuted 7/8)
Description: Isobel lands her first writing job, navigates her new relationship with Mari, and oversteps when she stays with a Hindu family trying to reconcile with their son’s homosexuality in Richmond Hill, Queens.

Episode 202: Open Mari(age) (debuted 7/1)
Description: Isobel finds herself homeless in NYC when reality comes crashing through the floorboards. With the help of her new work friend, Iso goes to stay with a boxer in Bed Stuy. She rolls with the punches when she meets a gorgeous woman who might not be as available as she would have hoped.

Episode 201: “The Big (Gr)apple” (debuted 6/24) Description: Isobel and Cam have made the big move to New York City together, but quickly find their experiences couldn't be more different. When their apartment search gets tricky, Isobel has to get creative.

Whether it be Season One's career pretentiousness and pompousness or Season Two's harsh real estate reality, you just have to pick your cultural poison.

Posted by thearriviste at 11:07 AM