Los Angeles' premiere White Party is also the most underground yet the most durable, going strong for ten years, "White Light White Night" White Party for the Walk with Sally charity.

Underneath the frivolous, fun froth is a fundraiser supporting a mentor ship program for children who needs a surrogate parent, whose parent(s) are dying for cancer or had already had died from cancer.  These lonely kids sure need someone who cares and sympathized with them.

Nick Arquette may appear successful on the outside, an entrepreneur in the film and healthcare, but he had a rough childhood.

His mom, Sally, passed away from cancer when he was only eleven years-old.  He and his brother had to move to Idaho to be with his dad.  All along Nick wished he had someone who understands and can help fill that void that his mom had left behind.

Once he became a successful adult, Nick started "Walk with Sally" Foundation.  As a fun-loving guy, he threw White Parties and slowly invited his friends and associates in the entertainment and healthcare industries to join him.

Walk With Sally, a 501©3 nonprofit organization, is dedicated to providing FREE mentoring support programs and services to children of parents, guardians or siblings who have cancer or have succumbed to cancer – one child at a time, one heart at a time.

Unlike most White Parties, where it's just hedonistic fun.  Nick picked the color white because his late mom, Sally, saw it as a color of positivity and strength, right before she died.

Since White Parties have the reputation for being loads of fun, Nick said "why not" and since then, "White Light White Night" has been going strong for the past ten years, growing into Southern California's premiere White Party/Charity Gala. 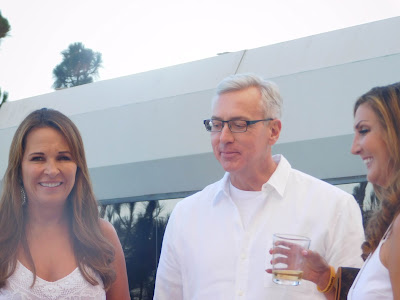 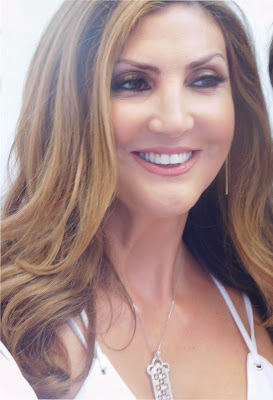 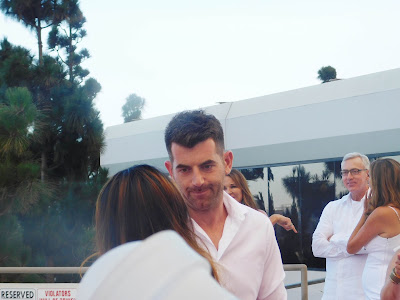 Since the fundraiser is in the South Bay, they highlight what is good...seafood and local restaurants in the area.

Venerable McCormick & Schmick's was one of many who baked cute, mini desserts.  They offered cups of Espresso Creme Brulee.

You can never get fat slurping oysters.  This is why The Strand House had the longest and most crowded lines.  They shucked four different types of oysters which this scribe happily slurped. 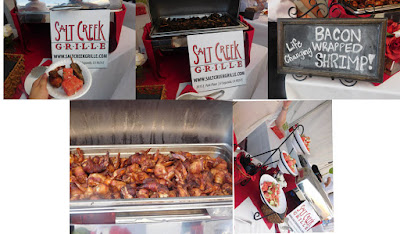 Salt Creek Grille had the most well-rounded.  They were surf & turf, bacon-wrapped stuffed shrimp and filet on a shish kabob. The people were cooling off on the watermelon salad dusted with feta cheese.

Nick Arquette was smart in throwing his White Party fundraiser during the hottest times of the year.

Southern Californians finally have the chance to wear white fashion in various forms, from blouses to cut-out crop tops to rompers.  Yes, even the most skimpiest of styles look classy in white. 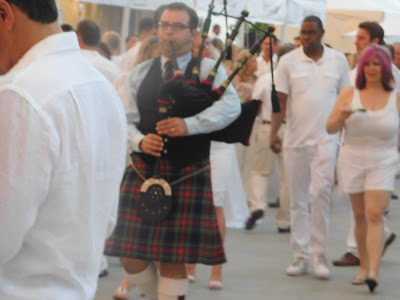 Mind you, White Parties are known for their formality.

White Light White Night had a bag piper to herd guests to the auction, away from the restaurant booths. 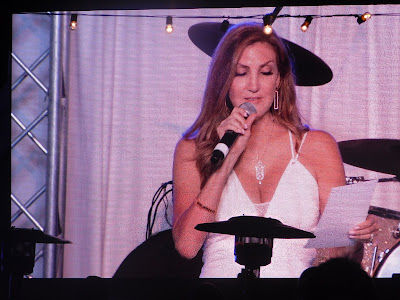 Heather McDonald modeling the diamond necklace, "Jewel of the Sea," a French-designed pendant in 18 karat gold and 2.15 cut diamonds, designed by Pasha Jewelry.

After an hour of auctioning by Grant Synder, one of the premiere auctioneer, the real party started when The Spazzmatics hit the stage with Billy Idol's "White Wedding."

There is something to be said about nerds.  They really care about what they do.  The musicianship was tight, loud, and bright.  They're conscientious about getting on stage, on time, ready to rock.

You gotta hand it to The Spazzmatics, the rockin' New Wave Eighties band.  They're proud to be nerds and pay tribute to The Eighties' "Revenge of the Nerds" while blasting classic Eighties hits.

All the adults were brought back to their junior/high school dance but better.  The Spazzmatics got everyone rockin' and jumping on their feet, with Devo's "Whip It" and The Flock of Seagulls.

This White Party stuffy...it is not. 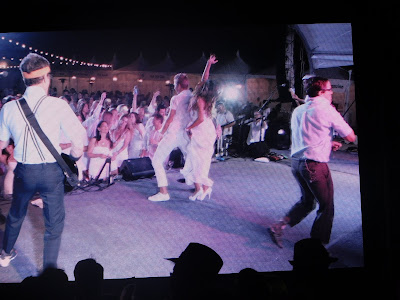 People were welcomed to jump on stage and join on the mic and as impromptu back-up dancers.

Every song was a solid, classic hit, ending with Queen's "Bohemian Rhapsody."

The Spazzmatics were polite enough to end at 11pm like they promised.

White Light White Night isn't the only fundraiser for Walk With Sally.

They also do Bowl-a-thon where the kids can bowl with their Big Sisters and Brothers.

Walking with Sally is an on-going endeavor.

Posted by thearriviste at 1:42 PM