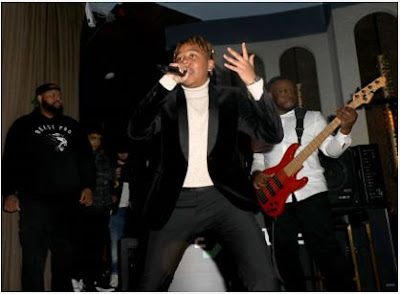 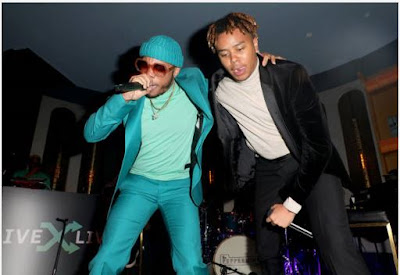 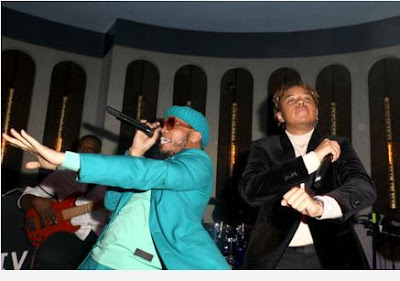 The parties only gotten better as the Grammy Awards grow close...

Grammy nominee, YBN Cordae, threw a thank you party for industry associates, who helped him get nominated for Best Rap Album and Best Rap Song.

Anderson Paak jumped on stage to congratulate YBN Cordae on his nomination. 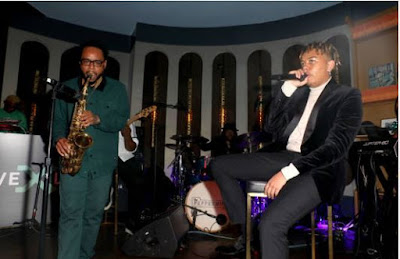 Then, here's the following Grammy makeup for this Grammy Sunday... 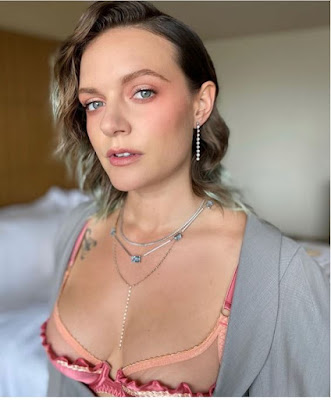 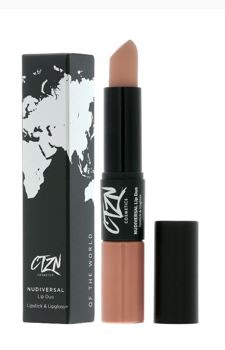 CTZN Cosmetics Nudiversal Lip Duo ($25 at https://nouveaucommunications.us20.list-manage.com/track/click?u=b01d47d8aac5dcdc352593054&id=6a3318a517&e=196d63f0b2 CTZNcosmetics.com): This revolutionary dual-ended lip product features a vegetarian matte nude lipstick on one end and a corresponding vegan lip gloss on the other. Available in a ground-breaking 25 shades of nude, the widest range of nude lipsticks available from any single brand on the market. The lipstick is formulated with mango butter to repair, protect and moisturize. Cruelty free & fragrance free. Free of parabens, talc & D5.

CTZN Cosmetics LIPSTROKE Lip Liner ($18 at https://nouveaucommunications.us20.list-manage.com/track/click?u=b01d47d8aac5dcdc352593054&id=9ef04aacd2&e=196d63f0b2CTZNcosmetics.com): This long lasting vegan lip liner delivers high-intensity color with a velvety texture and finish. The LIPSTROKE is available in five shades and can be used to contour your lips, but is also pigmented enough to cover your entire lip as a replacement to lipstick. The lipliner is formulated to last the whole day, without drying your lips. Cruelty free & fragrance free. Free of parabens, talc & D5. 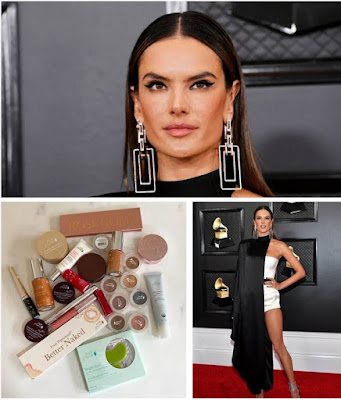 Not does this year's Grammy make appear natural, the makeup is natural enough to be healthy enough to sleep in-just for one night only-after you're done partying during the awards show at 5pm then the after-party dinners til midnight.  Grammy makeup is more than just creative and innovative in looks, versus the more traditional Oscars makeup, it's innovative in chemical formula.

Alessandra Ambrosio’s Grammys 2020 Makeup Look
Alessandra’s makeup artist Beau Nelson balanced mod with muted using sun-kissed skin, a barely-there nude lip, and iconic winged liner. Not only did he complete makeup perfection, Beau also made sure to treat Alessandra’s skin first with masks and moisturizers to properly prep her skin for a night among fellow stars.


Naturally, people were drooling over her sultry Grammys look: a fitted Balmain romper-cape that showed off her statuesque figure. She rocked the look with statement earrings, pin-straight hair, flawless skin, and big, bold eyeliner. Want to get Alessandra’s red-carpet look? Follow along as 100% PURE™ reveal her full 100% PURE™ Grammys beauty routine!


100% PURE™ were ecstatic to be a major part of Alessandra’s red-carpet look, starting with skin care. Beau prepped with our Caffeine Mask to wake up the skin and enhance glow. A hydrating aloe base and skin-balancing caffeine make this mask ideal for smoothing and plumping the skin before makeup application. To brighten dark circles and reduce puffiness, Beau applied our Bright Eyes Masks under each of Alessandra’s eyes.
Proper prep for makeup requires lots of hydration, so Beau addressed moisturizing with a combination of the Brightening Serum and the Hydra Drench Cream. We love the Hydra Cream as a primer base, as chia gel and glycerin help grab onto beauty products for longer wear. This combo gave Alessandra’s complexion an undeniable radiance, while nourishing with protective antioxidants and calming rose flower water.
For primer, Nelson “...used the Mattifying Primer on the T-zone to leave the glow on the cheekbones, but control oil and shine in the middle of the face.” When recreating this look, you’ll want to press the primer into your skin rather than rub, as friction disturbs coverage and inflames the skin. Instead, use your index and middle fingers or a non-latex beauty sponge.
FOUNDATION
To achieve signature supermodel skin, Beau chose our Full Coverage Water Foundation in two shades to seamlessly compliment Alessandra’s tan skin. His trick included shade Olive 3.0 in the center of the face, which he blended outward into darker shade Olive 4.0 “to give a seamless, glowing look.” This creates the illusion of a slimmer, more angular face and a bronzed complexion.
No base is complete without concealing. Beau’s skin application was perfected with our full coverage Long Last Concealer in Golden Peach for blemishes. For a bright, youthful glow to the eyes he applied Peach Bisque to the undereye area. Beau achieved “a soft focus matte finish” on the supermodel by setting foundation and concealer with shade Tan of our Bamboo Blur Powder. This combo not only compliments Alessandra’s beachy Brazilian glow, but feels light and looks effortless. EYES
Beau comes back to complexion later and moves straight into eyes – and obviously, he killed it, but he used a little trick we’re stealing. He works Cocoa Glow Cocoa Pigmented Bronzer “to give a subtle shading and shape,” before carving out an inky, bold black wing using our Long Last Liquid Eye Liner in Black Tea. He finishes the eye look with a quick lash curl and an even coat of the best-selling Black Tea Ultra Lengthening Mascara.
When recreating this eye look,  100% PURE™ recommend starting with a soft coat of translucent powder, shadow, or bronzer over the eye. This helps with a smoother, crisper wing and prevents oily eyelids later on. We also recommend following the curve of your lower lash line up towards your temples to sketch out the wing, not passing the eyebrow. Look straight into a mirror and angle in from the wing tip to your eye socket creating a triangle. Follow the curve of your eye all the way to your inner corner and voila – you’re basically Alessandra Ambrosio.
With the face and eyes complete, it’s time for brows. A softly defined brow is the perfect topper to this eye-catching liner. Achieve a similar look with the Green Tea Fiber Brow Builder. Like Alessandra’s brows, you’ll want to keep the shape without the texture, so once the product is dry brush through with a clean spoolie to soften the brows.
CHEEKS
Nelson achieved Alessandra’s sun-kissed look with Cocoa Glow, the same bronzer used earlier on the eyes. Bronzer was applied to “the forehead, under cheekbones, and a bit on the jawline and the nose for a realistic suntanned glow.” The formula features antioxidant rich and skin conditioning cocoa beans, plus natural mineral sunstone for delicate shimmer.
To compliment the bronzing with a natural flush, Beau layers on two blush products. He starts with everyone’s favorite Fruit Pigmented® Blush in shade Berry; he says this gave Alessandra a “fresh from the sun glow.” To finish the flush with glow, he tops with a touch of rosy-gold Primp from the Rose Gold Palette.
LIPS
Not surprisingly, Alessandra and Beau went for one of our absolute favorite lip products to create that your-lips-but-better satin nude pout. Our Butterchew Lip Caramel gives Alessandra the perfect peachy-nude sheen to compliment the warmth from her face and body, without battling with the eye. You’ll want to line the lips first with a nude liner for a bit of definition before patting on Butterchew to your desired opacity.
BODY
You guys, Beau is no amateur; he knows beauty means body, too. He coats Alessandra in our aptly named All Over Glow – in this case, use the shade that’s best for you – and he works it into the skin until it is shimmering and seamless. We definitely recommend hand application to melt in the product, but you can also use a large kabuki brush. Add a touch more products to the collarbones and shoulders for a tropical kiss.
See, rocking rock n roll doesn't have to be destructive in order to rock.

Posted by thearriviste at 11:18 AM