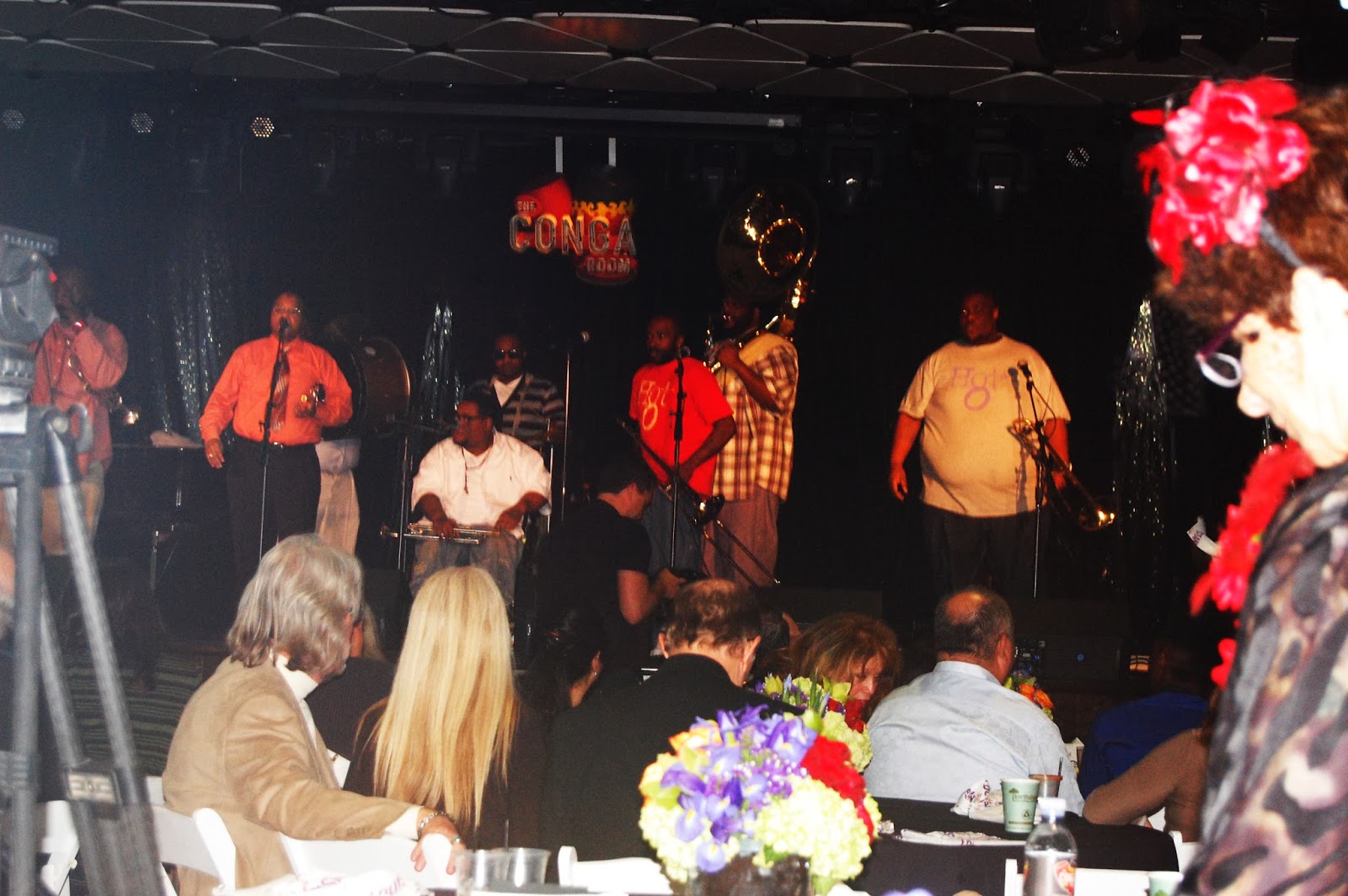 In a record-breaking year, twelve Louisiana musicians and singers are nominated across the  board at this year's 56th Grammy Awards.

To honor them and Louisiana's contribution to America's cultural legacy and heritage, the state of Louisiana and Lt. Governor Jay Dardenne of Louisiana threw them an elegant down-home "Only in Louisiana" brunch buffet.  This buffet is also celebrating its history with the Recording Academy's Grammy Awards.

Louisiana's relationship with the Grammy Awards goes a long way back when the Recording Academy sent out a naming contest to compete against the Oscars.   A lady in Louisiana won when she suggested they name their award, the "Grammy," a nickname her older relative used for their old gramophone, an early record player.  From there, the name stuck, the Grammy Award.

Even though tonight's performer and nominee Trombone Shorty is too busy rehearsing, nine out of the twelve nominees did settle down to a brunch buffet that is equally representative of Louisiana's rich cultural heritage in food: 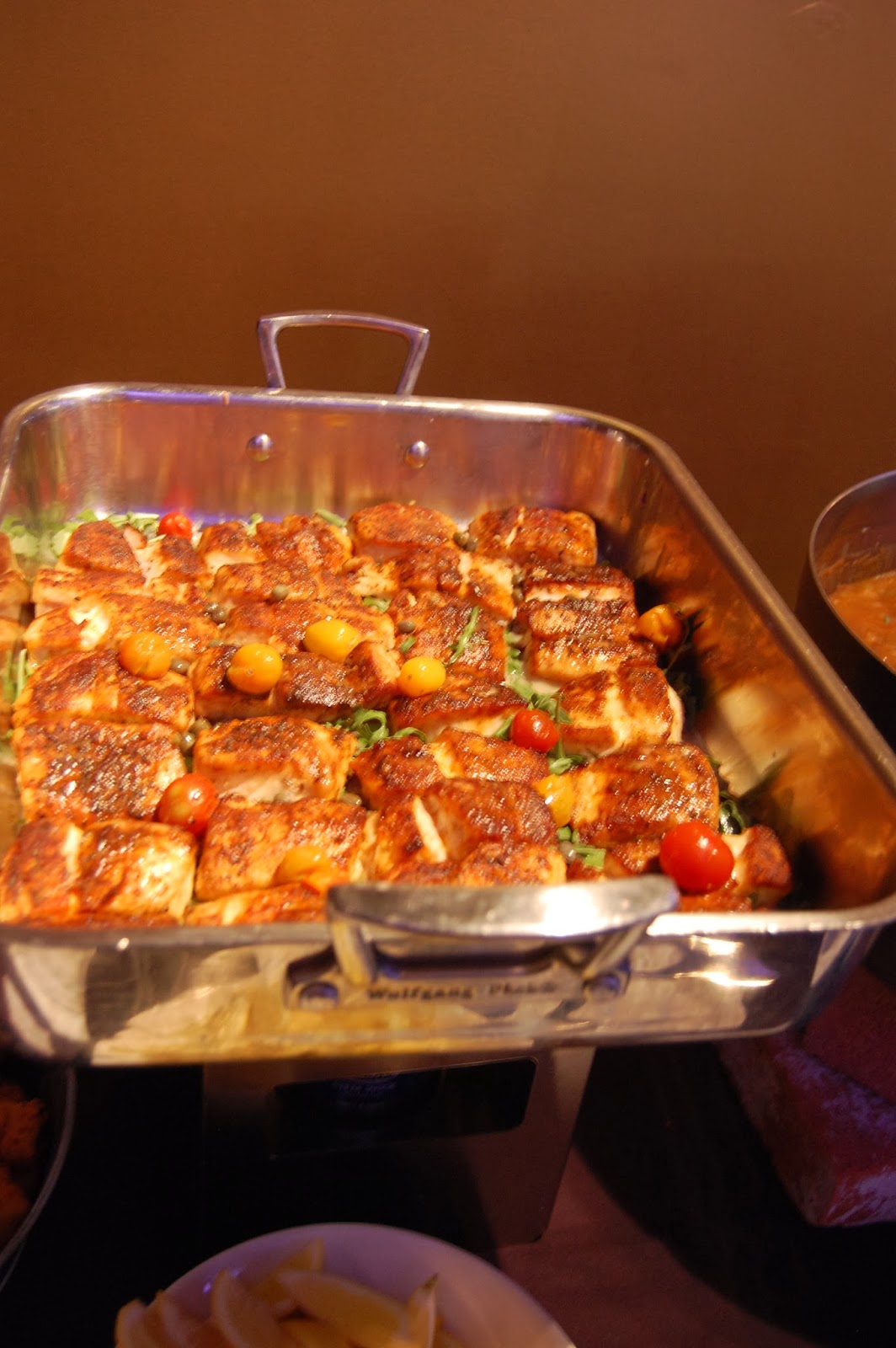 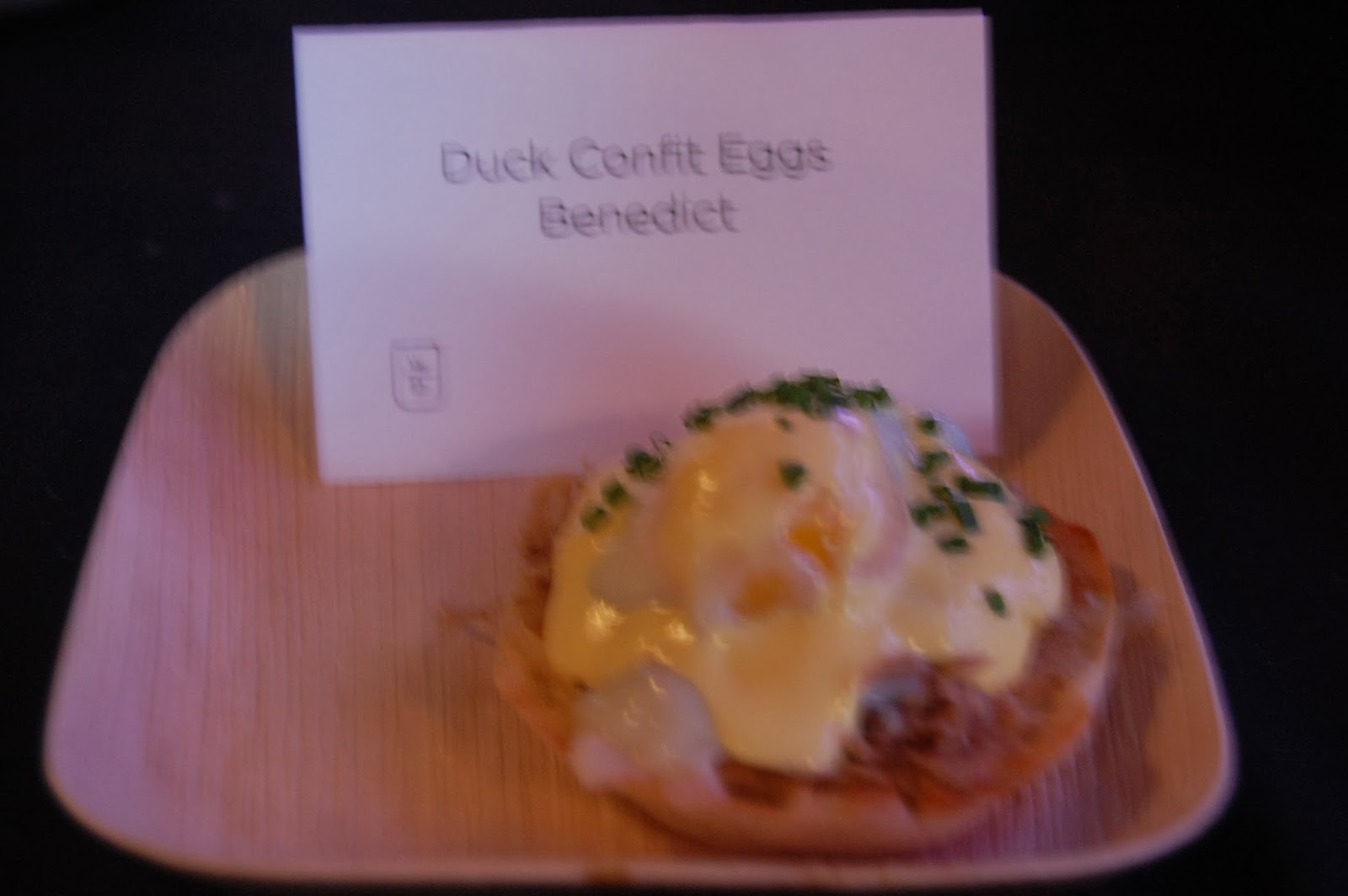 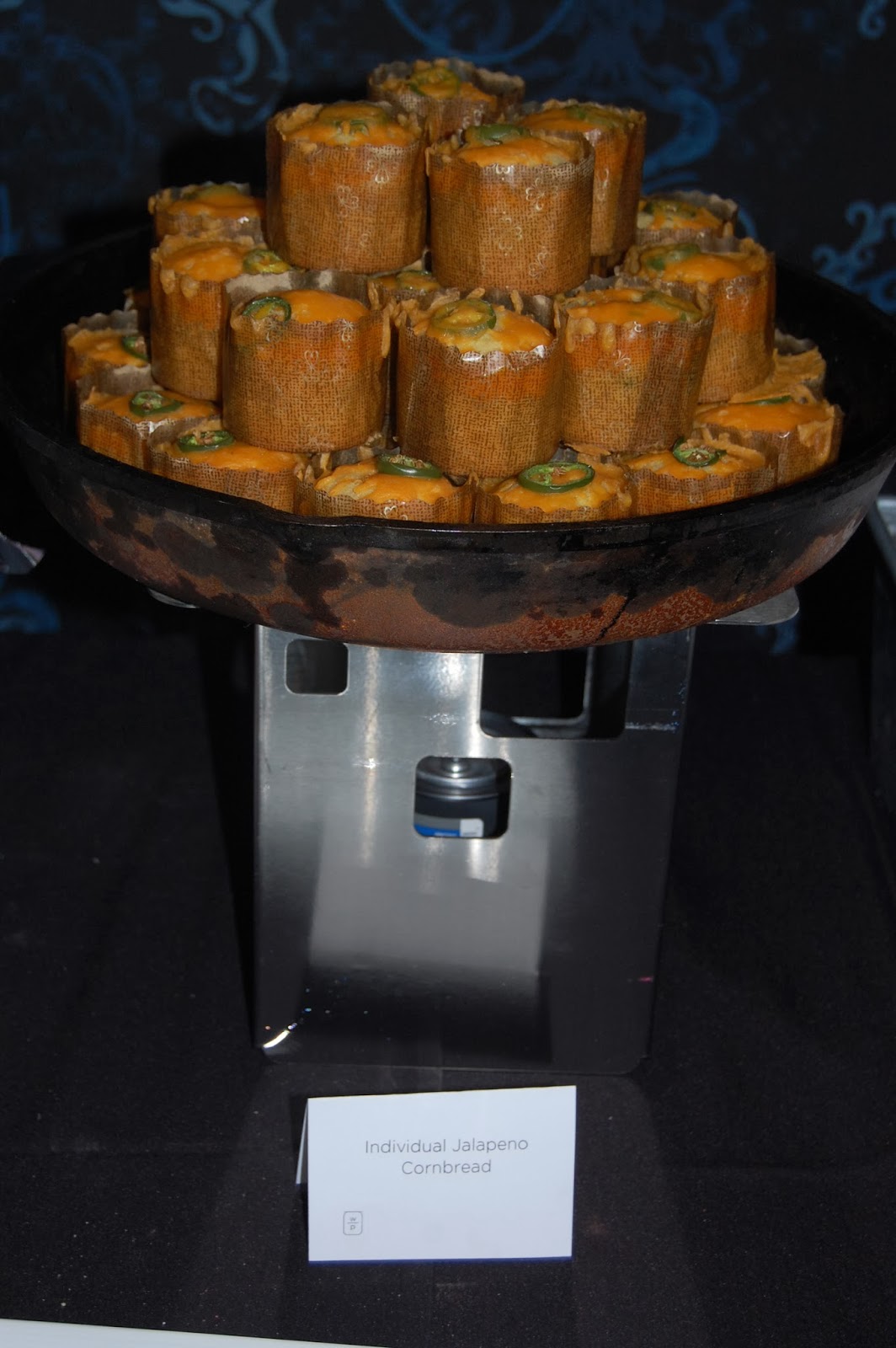 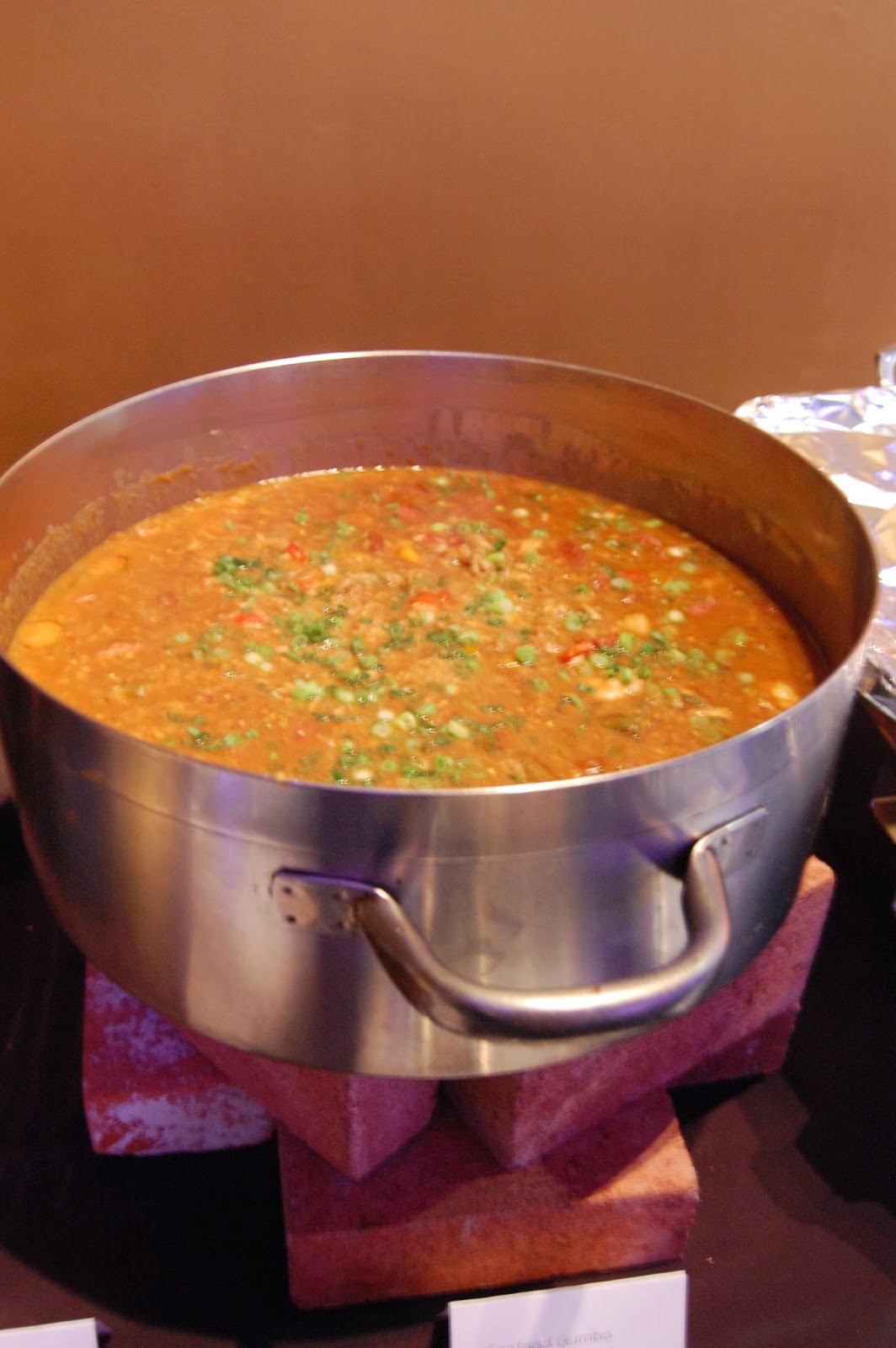 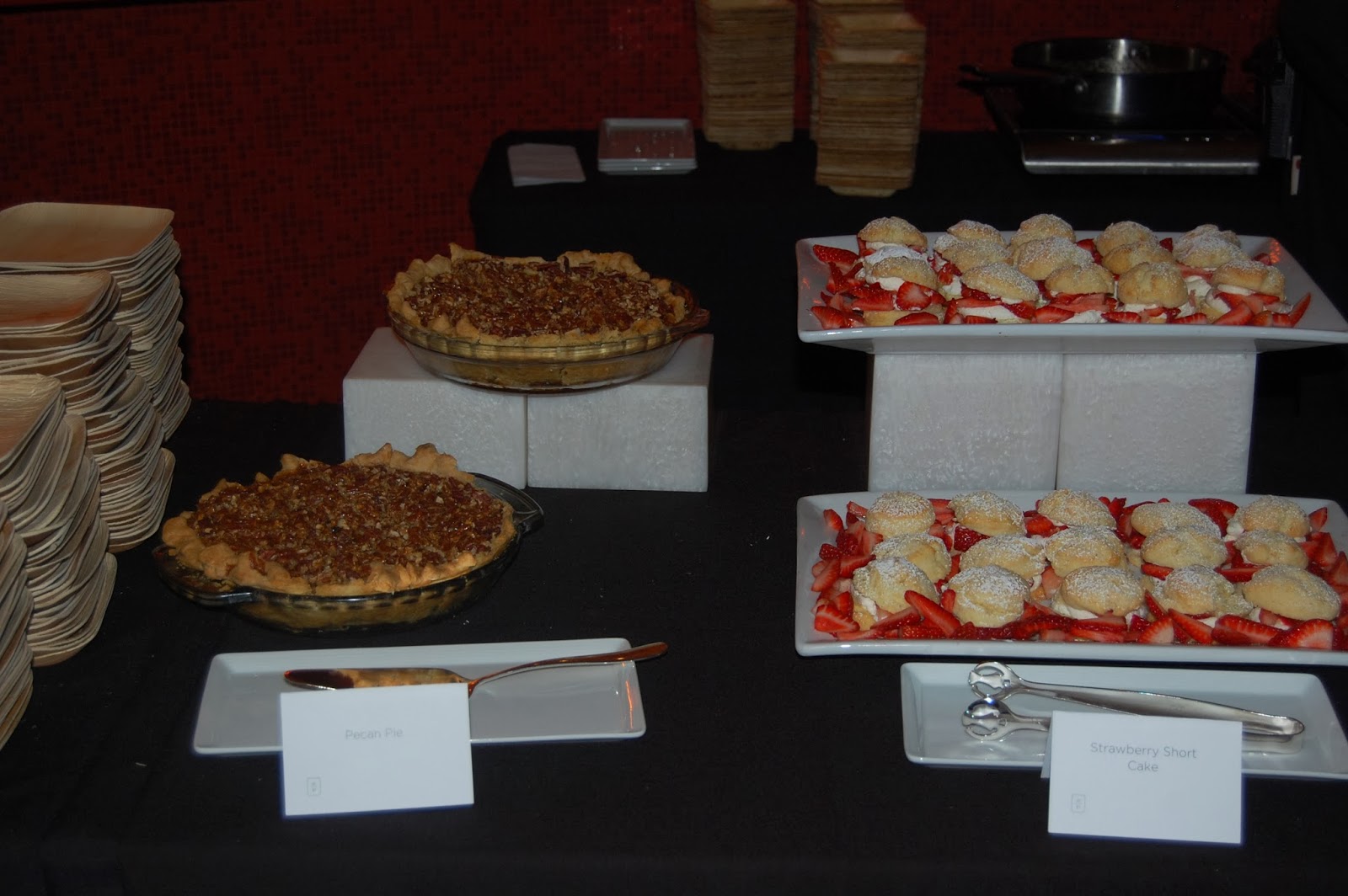 Dessert Buffet of Pecan Pie and Strawberry Shortcakes and... 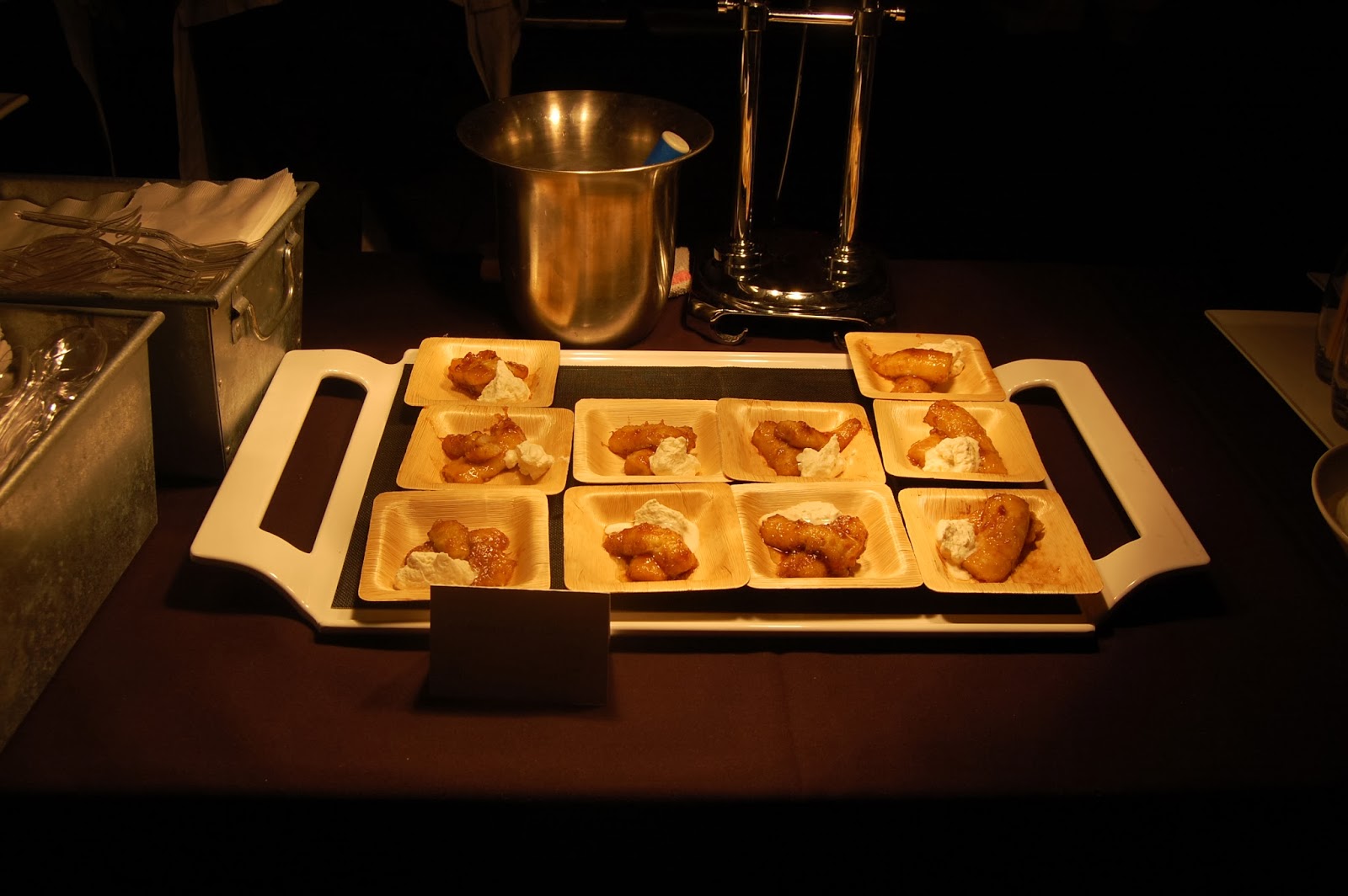 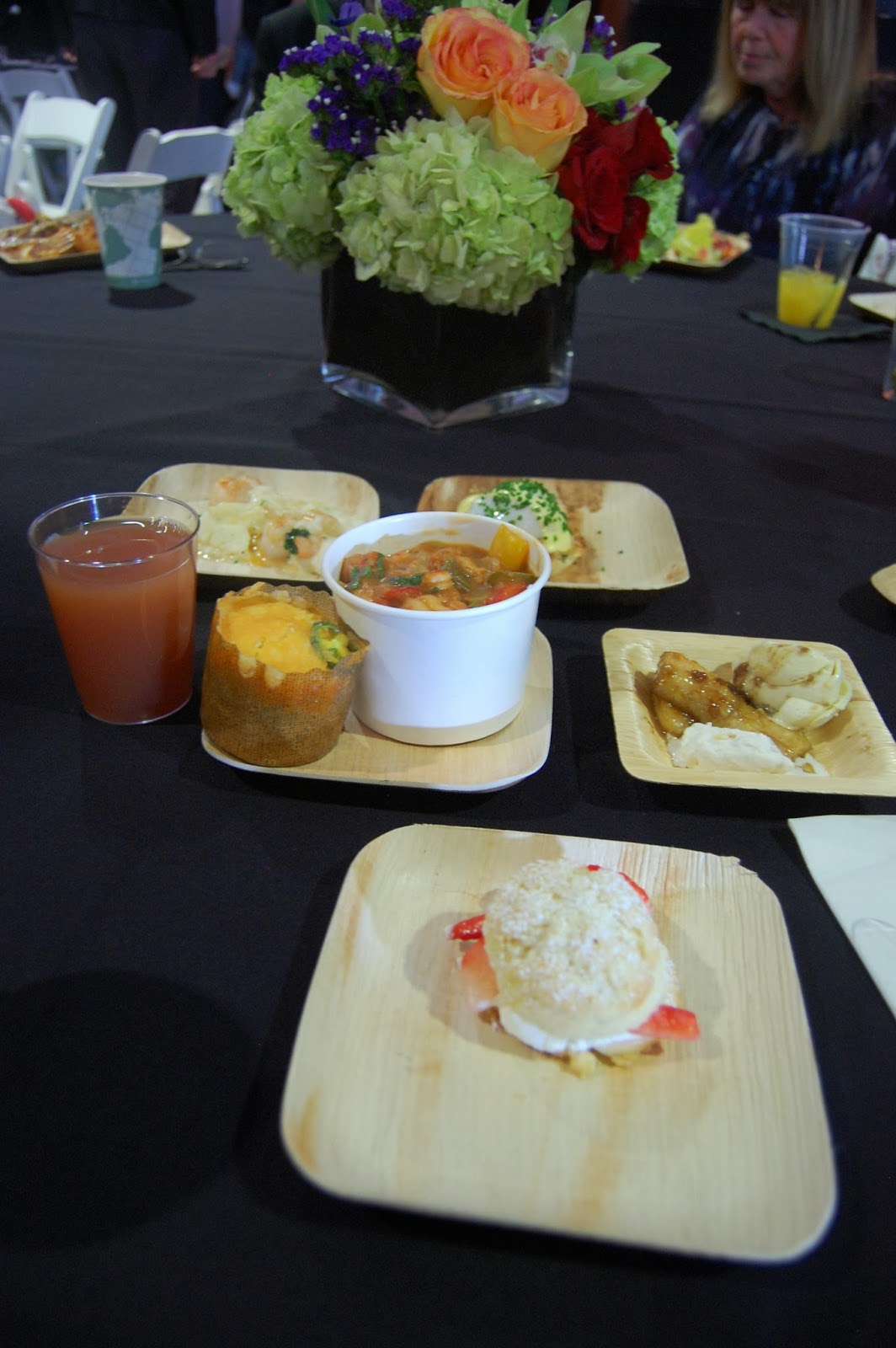 Don't forget the Shrimp & Grits and the gumbo. Washed down with Sweet Ice Tea.

While everyone, legendary and influential musicians, dignitaries, music and tv/film industry folks who film in New Orleans, and guests were buzzing around, some stood up and dance to an all-star band of Louisiana nominees rocking the stage at the Conga Room in L.A. Live.

Lt. Governor Jay Dardenne listed the contributions and achievements Louisiana has made to American culture and heritage that is exported to the world and influenced other rock musicians.

For such a small city, New Orleans sure pack a wallop of musical genres and talent.  He started how uniquely American instruments were developed by slaves in Congo Square in New Orleans such as the bamboula…a West African drum, gourds,  and triangles,


Zydeco was invented by Cajuns who escaped Canada.  How Jazz, like gumbo and etouffee, is a mélange of European, African, & Anglo music.

Louisiana’s musical culture and heritage is a rich and deep as its jumbo and etouffee.

According to Lt. Governor Jay Dardenne, the pilgrams and Puritians brought hymns.  The first diverse music came from Louisiana, when the French nuns literally brought Italian and French songs and hymns to Louisiana.  The first opera house in America, opened in New Orleans in 1796.  This sets the tone for musical legacy to come thereafter.

With all that musical culture swirling, it brought up the forerunners and founders of Jazz: Buddy Bolden, Kid Ory,  Sidney Bechet, and Jelly Roll Morton, from the bordellos of the French Quarter’s Storyville to spread worldwide.

Before you know it, Louisiana dominated American genres across the board from Rhythm & Blues, Gospel, Soul, to Rock and Pop.

The finale of the "Only in Louisiana" Brunch was the Best Regional Roots Music Album nominees, the Hot 8 Brass Band, bringing down the house with another cultural music that New Orleans has contribute to America and the world-funk.

Soon, folks (including this funk-loving scribe) got down and joined the "krewe line," an uniquely New Orleans-type conga line trailing a Krewe, which happens to be the Hot 8 Brass Band, http://www.youtube.com/watch?v=LEyeDG_B5Ow 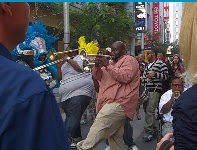 Marching out of L.A. Live's Conga Room, down to L.A. Live's Courtyard, where they join uniquely, follow New Orleans, The Wild Magnolias Mardi Gras Indians Krewe.  Together with Lt. Governor Jay Dardenne and Faith Ford trailing and dancing behind them, the Hot 8 Brass Band and the Wild Magnolias got down and funky.


Posted by thearriviste at 7:08 PM