From Bracelet to Clothing, Babakul Always Give Back 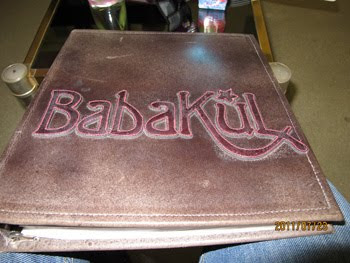 When Kym Gold wanted to branch out from True Religion four years ago, she simply wrapped around strands of leather bands, strung some beads, and entwined them into bracelets then used them to support various charities.

For the next two years, that simple leather bracelet morphed into a full jewelry then stayed that way until 2008 when Ms. Gold’s best friend, Sophie Wizmann, came on board.

With Ms. Gold’s expertise in denim brand building of True Religion, Hippie Jeans and Bella Dahl and Ms. Wizmann’s background as the Vice President of Antik Denim and Tavarniti Jeans, Babakul the clothing line was set in motion. Assouline's "Gypset Style" Book defining what it means to be "Babakul."

Babakul the clothing line was not fully fleshed out until Ms. Wizmann injected her French Bohemian childhood and background into the line.

In fact, the word and namesake, “Babakul,” is a French word for “hippie,” and Ms. Wizmann is a living incarnation of it. It is also Kym’s affectionate nickname for Sophie, since Ms. Wizmann is the living definition of it.

Born in Morocco and raised in Canada and France, Ms. Wizman is what Julia Chaplin call a “Gypsetter.” Ms. Wizmann is the walking embodiment of Ms. Chaplin’s book, “Gypset Style” (published by Assouline). According to Chaplin, “Gypsetters are artists, designers, and bon vivants who live and work around the globe.” Most are of French descent who either live or raised in one of France’s former colonies, living a very laid back but very cultural lifestyle due to their constant traveling and thirst for knowledge. What Chaplin call “cultural nomads.” 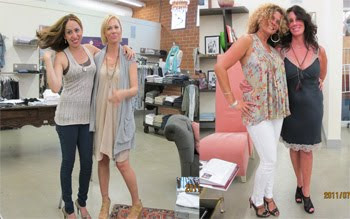 Infused with a worldwide upbringing with a French heritage of good fashion construction, Ms. Wizmann is the behind-the-scenes muse of Babakul. 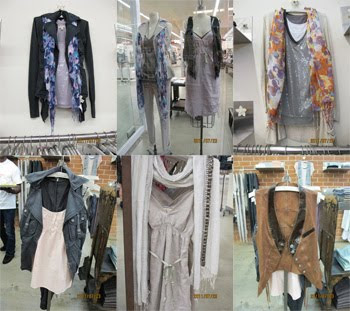 Kym Gold stresses the practicality of Babakul’s French Hippy style, it is easy enough to wear on the beach yet it is dressy enough for a walk over to Nobu or a decent restaurant, such as a washed halter silk dress with a beaded scarf in place of jewelry.

"French Hippy" may reflect the ease of a well-traveled life but it never means being a slob. A "French Hippy" or a "Babakul" is always ready for any occasion at anytime or climate. Pulling a well-constructed leather vest or jacket over a beach-friendly cami or a draping a sequinned shawl over a silk chemise or topping stretchy skinny jeans with a sequin tee or tank with a back of a closet blazer...now, that is cool.

But if it is jewelry you want, Babakul still keeps its roots of its jewelry line, backed up with satchels and bags. 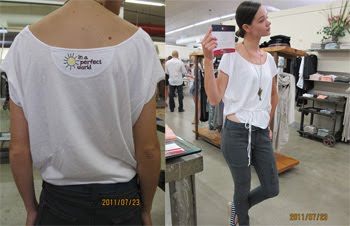 The $39 Babakul tee for In a Perfect World Charity.

Seeing as Babakul begun as a charity bracelet, Babakul, the clothing line, still supports good will.

For In a Perfect World charity, Babakul specially designed an affordable chic, draped, crew neck tee-shirt with capped kimono sleeves. The charity’s name is subtly tagged behind the neck, lending a cool factor without being logo-blatant.

One hundred percent proceeds from the $39 shirt goes into rebuilding schools-cum-community centers in Haiti recently and increasing enrollments of girls in developing countries, such as rural Nicaragua.

In around-about way, Babakul’s good will work returns to the meaning of French Hippy. After spending a lifetime traveling and living in tropical but underdeveloped countries, Babakul wants to return the good will and support those communities that influenced and formed the French Hippy into Babakul.

Giving back where credit is due.

Posted by thearriviste at 11:00 AM