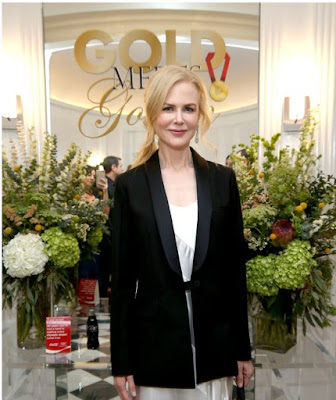 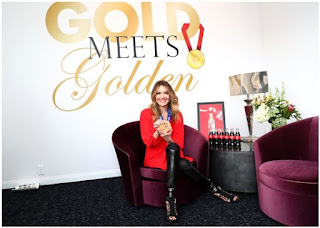 How celebrities really get down, appropriate since Pyeongchang 2018 Winter Olympics is literally around the corner.

On Saturday January 6, 2018, Los Angeles again welcomed some of the greatest athletes from across the world to celebrate during one of the year’s most Golden weekends.  The fifth anniversary event also wished luck to the  PyeongChang 2018 Olympic Winter Games athletes, who will begin competing the following month.  As the longest continuous corporate partner of the Olympic Games, “Gold Meets Golden 5” was presented by The Coca-Cola Company, and produced by and the Hollywood Foreign Reporter Association, the people behind the Golden Globes. 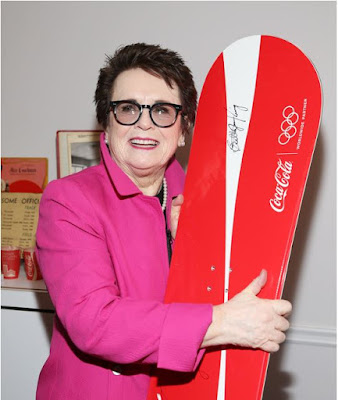 The man of this year's Awards Season, James Franco, hobnobbed with Olympians and Special Olympians.

Of course, Olympians were thrilled to be hobnobbing with their dream celebrities. 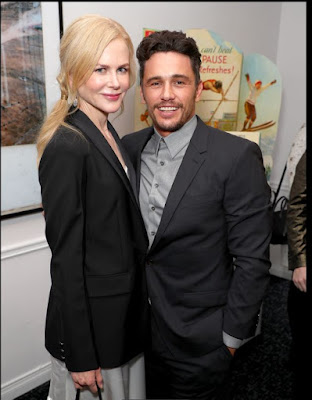 The concept for the daytime brunch began when athletes at the London 2012 Olympic Games were surprised by shout-outs from their favorite Hollywood celebrities, and several of those athletes were invited to Hollywood Awards season.  The outcome was “Gold Meets Golden” – a chance for Gold Medalists and other athletes to engage with some of entertainment’s best award nominees, and realize how much they inspire one another. 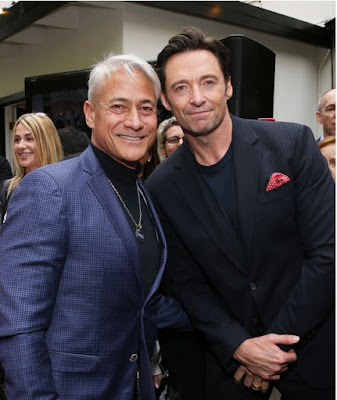 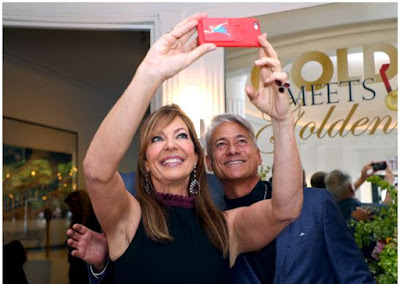 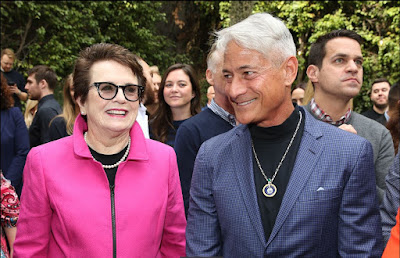 To celebrate its historic connection to Hollywood and a 90-year association with the Olympic Games, The Coca-Cola Company transported guests through time to experience the history and impact of the Olympic movement. The iconic brand proudly displayed a rare collection of Olympic-themed memorabilia throughout the venue, celebrating historical connections to past-and-present Olympic greats and Hollywood icons. As the presenting sponsor of the Olympic Torch Relay, rare Olympic torches were  on display. Guests were also be treated to eclectic culinary creations and Coke-themed food pairings by award-winning celebrity chef Cat Cora, including caviar in mini gold eggs and a gold-infused chocolate fountain. 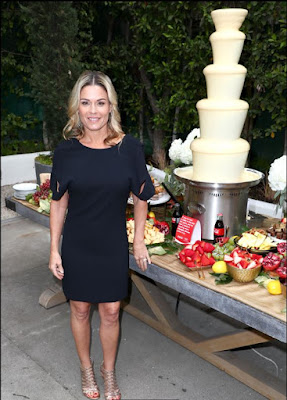 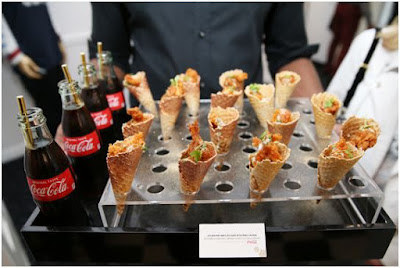 “The Coca-Cola Company is proud to help Hollywood experience our storied, 90-year partnership with the Olympic Games,” said Dina Gerson, director, Olympic Marketing, Coca-Cola North America. “As we get closer to the Olympic Winter Games PyeongChang 2018, we can’t wait to help generate excitement and support the athletes as our brands help fans around the world celebrate the most revered international sporting event."  Additional details on how Coca-Cola will support the Olympic Games can be found at:  www.coca-cola.com/theOlympics 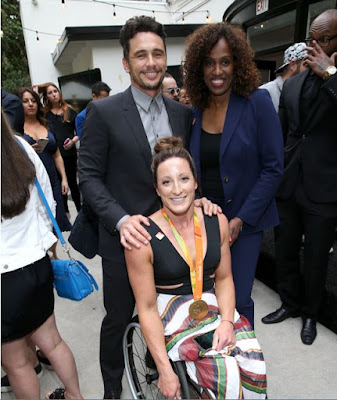 This year's Celebrity and Athlete Styling lounge was  presented by TwentyFourSeven Cosmetics, a brand specializing in premium skincare.  Previously available to the European market only, Founder and CEO Sascha Zilger has collaborated with Los Angeles based businesswoman Abby Cubey in bringing this ultra luxurious line to the U.S. "Together, we will raise the bar and take beauty to a whole new level", said Zilger.  At the Styling Lounge, TwentyFourSeven will specifically  be showcasing  their #One lifting serum and anti-aging #Mask products and offering quick treatments to athletes and celebrities attending the Globes the next day, keeping their skin looking fresh, clean and glowing under any condition- on the red carpet or on the wintery slopes. More info can be found on their website, www.twentyfoursevenusa.com.  The lounge will feature celebrity aesthetician Joshua Ross of “SkinLab,” a leading Los Angeles Aesthetic Clinic featured on this year’s season of ‘Real Housewives of Beverly Hills.’  www.SkinLabUSA.com

Golden Globes weekend kicked off with top Hollywood celebrities Nicole Kidman, Hugh Jackman, Jessica Chastain, Octavia Spencer, Allison Janney, Nick Jonas, Matt Bomer and many others at the 5th Annual Gold Meets Golden at the House on Sunset. Coinciding with the US launch of TWENTYFOURSEVEN Cosmetics, the stars were pampered with facials and treatments from the TWENTYFOURSEVEN team that included their #one serum and #mask.

With potent ingredient including Concentrated Retinol, Hyaluronic Acid, Caviar Extract as well as Avocado and Jasmin Oil, TWENTYFOURSEVEN skincare will create an instant and long-term effect to help you win the fight against signs of aging, formation of wrinkles and collagen loss. Look as young as you feel by using the most effective, natural and long-lasting products! 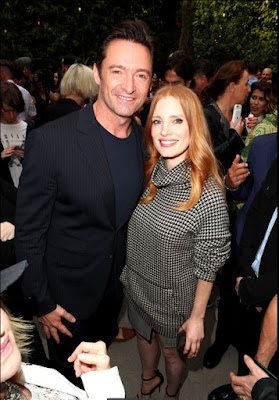 With the recent announcement of the Olympics triumphant return to Los Angeles in 2028, Hollywood has been handed a fresh dose of Olympic Fever, and “Gold Meets Golden” will celebrate this and many other developments.   “This year, I am thrilled to see so many powerful women taking part of the Fifth Gold Meets Golden,” said Nadia Comaneci who has hosted the event each year since its inception.  “Their involvement spotlights female empowerment in sports AND Hollywood. This is a message that is very important to me as a female athlete.  In the year of projects like Nicole (Kidman) and Reese’s (Witherspoon) ‘Big Little Lies,’ Billie Jean King’s story ‘Battle of the Sexes,’ and amidst many other barriers being broken by powerful women, now is the perfect time to celebrate the victories of all women amongst any adversity they might encounter.” 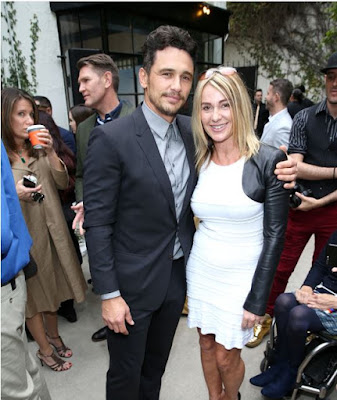 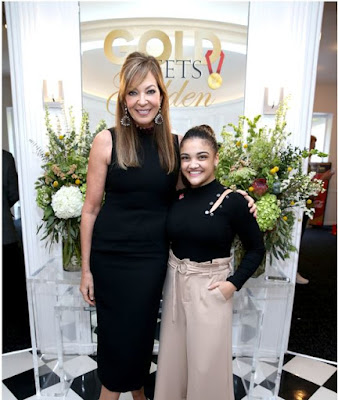 Party attendees were treated to the “Gold Meets Golden VR Experiences,” created by Oculus, a virtual reality hardware company, and Discovery VR, a leading content provider of immersive VR experiences. Since the event is all about inspiring each varying industries, Guests were be able to virtually step into the shoes of incredible athletes and experience Oculus’ stunning VR Hollywood film ‘Dear Angelica’ narrated by Geena Davis. 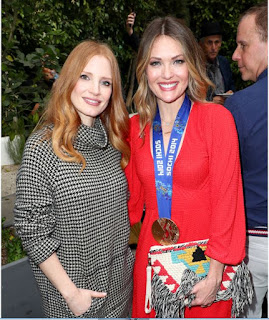 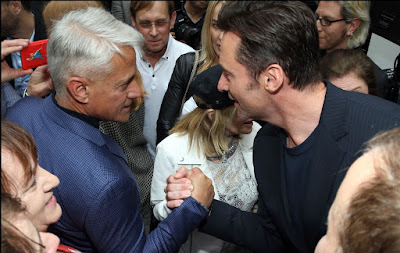 The photo op and social media experience at this year’s event was presented by emerging company BEV, a high quality, thoughtfully farmed, sustainably packaged, and unapologetically original brand started by entrepreneur Alix Peabody. The team coined a new hashtag campaign to embrace the female empowerment theme, #WomanUp.  "As a new drinks and media company led by female entrepreneurs, we're so excited to support Nicole, Nadia, and the inspiring and iconic women of Gold Meets Golden with Bev - a company that always encourages women to take control of their fun," said Lily Bowers, head of operations for Bev.  For more information on Bev please visit www.drinkbev.com 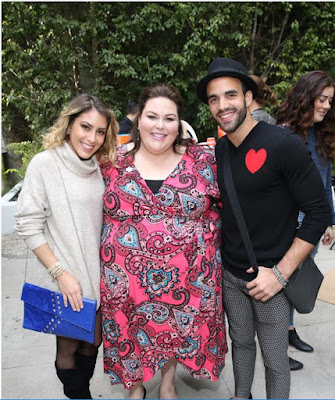 A special coffee station was provided by Bulletproof 360 , a cutting-edge food, beverage, and content company best known for the widely popular Bulletproof Coffee and starting the smart fat for fuel movement. The company provides science-based information, techniques, and products to help people take steps toward a sharper, stronger self through better performance, increased focus, and enhanced energy, making their products perfect for both Hollywood celebrities and Elite athletes. Founded by biohacker and New York Times bestselling author Dave Asprey, Bulletproof is on a mission to create products that radically improve lives. You can find Bulletproof products in Whole Foods and other leading retailers nationwide, Bulletproof Cafes, and online at Bulletproof.com and Amazon.com.
Carrying a traditional torch for the event started with last year’s performance of LA LA Land’s “City of Stars,” which won the 2017 award, this year’s Gold Meets Golden stage was occupied by Tony award-nominated Keala Settle, who performed her Globe-nominated hit “This is Me” from 20th Century Fox’s “The Greatest Showman.”  A preview of the athlete’s gear from Nike and Ralph Lauren wasl also be on display. 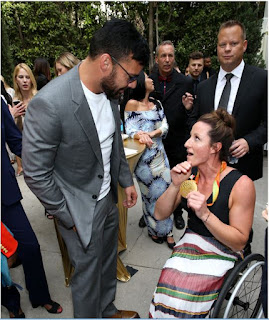 Hollywood and the Olympic Games have had a long and successful history of intersection.  Popular films such as “Chariots of Fire,” “Cool Runnings,” “Miracle,” “Blades of Glory,” “Ali,” “International Velvet,” “The Cutting Edge,” “Unbroken,” “Race,” “Eddie the Eagle,” and the current “I, Tonya” have all featured the Olympic Games as their backdrop.  A special tribute reel will feature content of these favorite silver screen scenes throughout the years.
The special occasion took place at the newly refurbished House on Sunset, near the intersection of Sunset Boulevard and Doheny Drive.

Posted by thearriviste at 1:25 PM