Get ready for the Emmys...within your price range. 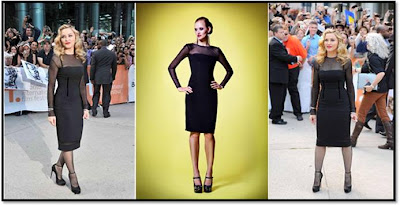 For those who are either jonesing for something glamorous and chic after devouring New York Fashion Week or for folks burnt out from it, there is a reason to dress up...the Emmys.

Don't get down. Don't fret. Eveningwear designer, Dalia MacPhee creates celebrity-inspired outfits that can fit into an everyday woman's closet, wardrobe, and carry-on for anywhere, like Madonna's sleek, chic little black dress. Dalia's version is a sensible $260 that can travel from Hollywood to New York to Paris, without missing a blink. Wink. Wink. 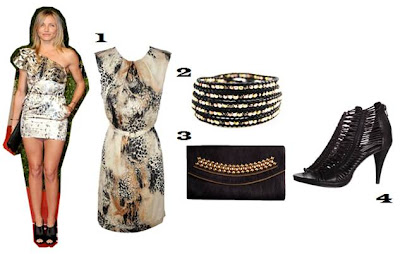 Need a break from New York chic and classic black?

Give this sassy number, modeled by Cameron Diaz, a chance. Peppermintpark.com provides the whole kit and cadboddle for this entire outfit:

For far less than Cameron's original dress, Peppermintpark.com gives the whole look for a fraction of the price. 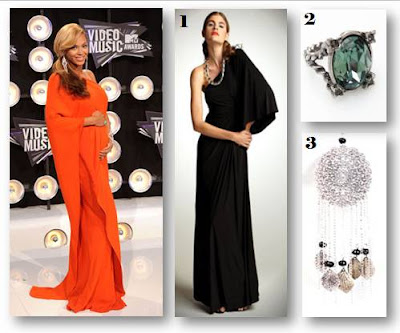 Beyonce is among many current celebrities who prove you can fabulous and pregnant...and there is nothing wrong with it. In fact, show your pride and accomplishment in Dalia MacPhee's $298 version, which is way cheaper than Beyonce's Lanvin creation. With Dalia's, you still have can enough cash to kit out the kid's room. 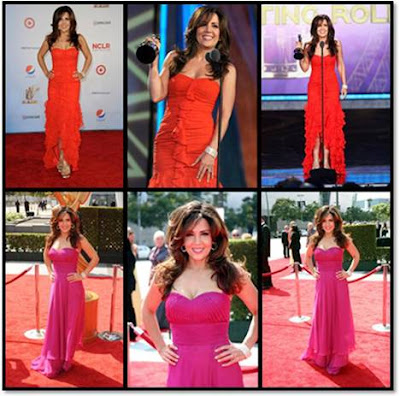 Dalia MacPhee has grown beyond being influenced by the more established designers and brands, the star of "Wizards of Waverly Place," Maria Canals-Barrera, met and collaborated in creating two true, haute couture creations for the ALMA Awards and the Creative Emmy Awards, all for one special night. 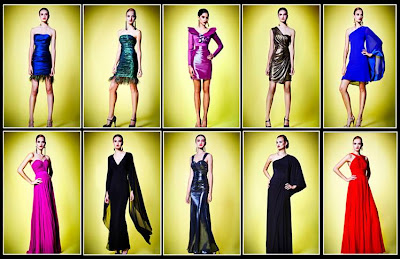 You don't have to be a celebrity to personally consult with Ms. MacPhee.

She already has an array of dresses, ready to be picked for special events anywhere, each and all within a reasonable price point.

Her pieces are an elegant option for debutante, Sweet 16 or 15s or that arriving soiree.

Posted by thearriviste at 4:58 AM