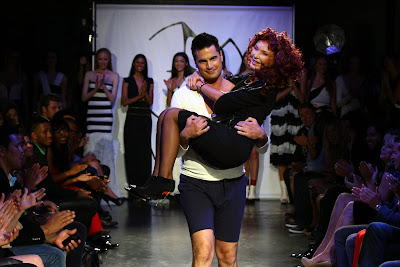 It was a rare treat, Mr. Gaglioti returning to the catwalk...and this scribe was there to personally witness this. 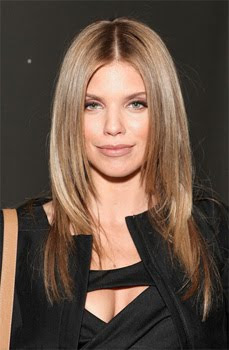 Among the most notable celebrities was the CW's "90210"s Annalynne McCord. 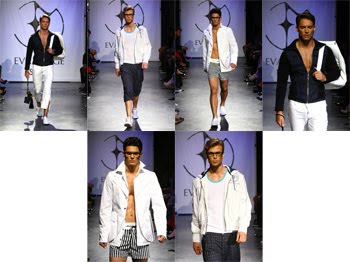 In the plenitude that swung between womens eveningwear to womens active to her corporate blazers then mens activewear, the basic foundation was black and white.

Ms. Minge hit a homerun with her mens activewear subcategory.

It was as tight as her male models and the focus was intense as their brooding stares.

She renewed and refreshed mens activewear from windbreakers to pullovers. Ms. Minge removed the stiff sails out of the tired nautical wear and made it ship shaped. 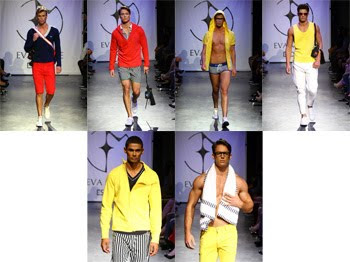 Unlike most women designers, Ms. Minge has a strong grasp on menswear, especially activewear.

It was here that she only displayed paunchy primary bold colors, adding zest to a traditional black and white collection.

The reds and yellows added pop to an already reliable collection for men.

Making a rare turn on the catwalk, being rehearsed, prepped backstage, then strutting his stuff brought back memories for him...and he was a professional bringing back his muscle memory.

As the finale, he was a gentleman to carry Ms. Minge down the catwalk.

Posted by thearriviste at 11:03 AM